Rohingya refugees to start returning to Myanmar from January: Officials 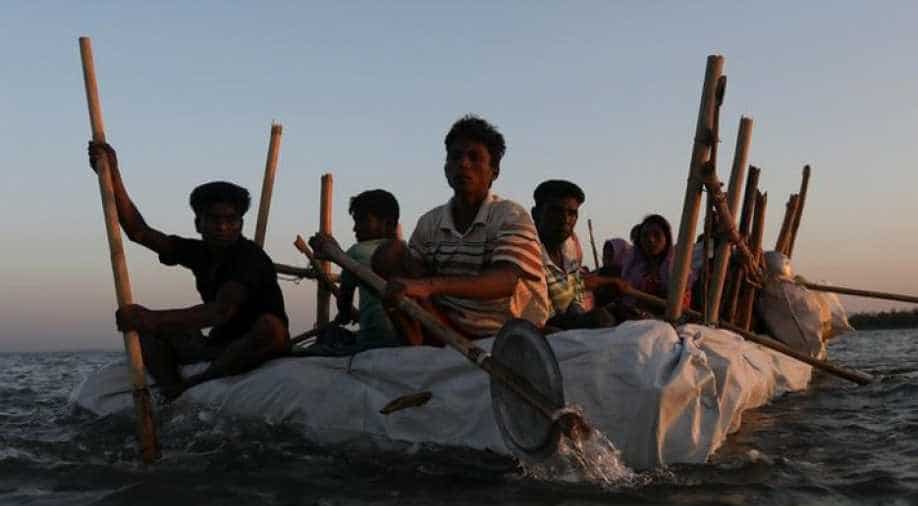 Last week the group Doctors Without Borders released a survey which found that nearly 7,000 Rohingya had been killed in the first month of the violence in Rakhine. Photograph:( Reuters )

Bangladesh and Myanmar on Tuesday reaffirmed their commitment to begin repatriating Rohingya refugees from January, despite rights groups warning that their safety is still not assured should they return.

The foreign secretaries of Bangladesh and Myanmar met in Dhaka to finalise the agreement signed on November 23 for the voluntary return of nearly three-quarters of a million stateless Rohingya living in refugee camps along the border.

A new working group would "ensure commencement of repatriation within two months" by developing a timetable for the verification of refugee identities and logistics of their return, Bangladesh's foreign ministry said in a statement.

The reaffirmation comes a day after Human Rights Watch, citing analysis of satellite imagery, said Myanmar's army burned down dozens of Rohingya homes within days of signing the repatriation deal with Bangladesh

"Now, we will start the next step of our work," Bangladesh foreign minister AH Mahmood Ali told reporters after the meeting.

The reaffirmation comes a day after Human Rights Watch, citing analysis of satellite imagery, said Myanmar's army burned down dozens of Rohingya homes within days of signing the repatriation deal with Bangladesh.

The watchdog said the deal was "a public relations stunt" and warned it contained no guarantee the Rohingya would be safe should they return to Myanmar's conflict-wracked Rakhine state.

An estimated 655,000 refugees from the stateless minority group have poured across the border into Bangladesh since August, fleeing what the US and United Nations have described as ethnic cleansing.

Last week the group Doctors Without Borders released a survey which found that nearly 7,000 Rohingya had been killed in the first month of the Rakhine violence.

Myanmar has in the past blamed fires in villages on Rohingya insurgents who on August 25 attacked security posts, killing a dozen police and triggering fierce army retribution.

Responding to international pressure, Suu Kyi's civilian government signed an agreement with Bangladesh to start the repatriation of the stateless Muslim refugees within two months.

The agreement promises the "safe and voluntary return" of displaced Rohingya in Bangladesh -- not just the latest 655,000 new arrivals but more than 70,000 from a separate influx in October 2016.

Testimonies gathered by AFP from displaced Rohingya in Bangladesh suggest few refugees wish to return to Myanmar, where many saw their villages burned to ashes and loved ones killed.

The persecuted minority has been the target of past pogroms in Buddhist-majority Myanmar, which does not recognise the group as a genuine ethnicity and has stripped them of citizenship.

Aid groups have warned Myanmar they would boycott any new camps for Rohingya returnees, saying refugees must be allowed to settle in their own homes and not forced into ghetto-like conditions.