Sri Lanka does not have a PM or cabinet after no-confidence vote, says Speaker Karu Jayasuriya 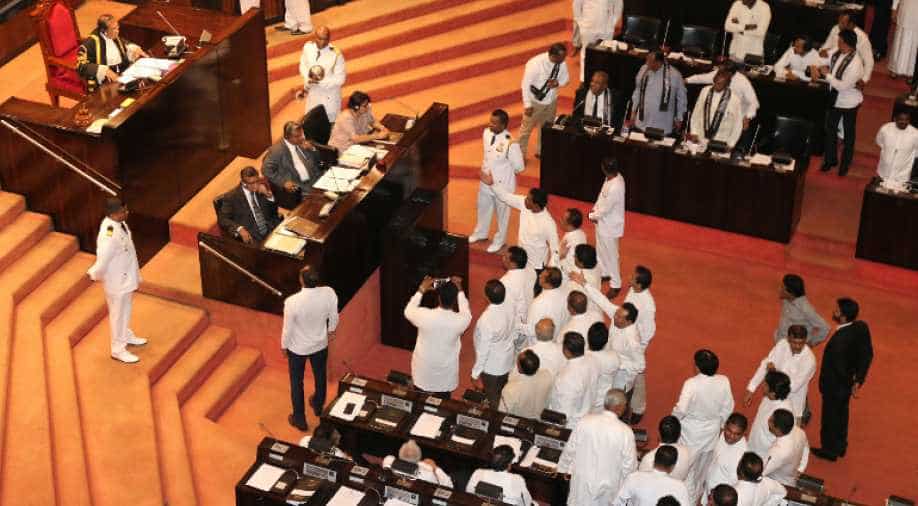 The Speaker of Sri Lanka's parliament, Karu Jayasuriya, on Thursday said that in his view the country did not have a prime minister or cabinet after Wednesday's no-confidence vote.

The parliament passed the no-confidence motion against recently appointed prime minister Mahinda Rajapaksa and his government, with the backing of 122 lawmakers from the 225-member legislature.

However, President Maithripala Sirisena in a letter to the Speaker said he cannot accept the no-confidence vote as the speaker appeared to have ignored the constitution, parliamentary procedure and traditions.

Sirisena added that Rajapaksa was appointed as per the provisions a president is given under the Constitution, asserting that it was not necessary for the prime minister to show a majority in the Parliament according to Parliamentary traditions.

The Parliament had on Wednesday met for the first time since October 26, when President Sirisena sacked Prime Minister Ranil Wickremesinghe and suspended the Parliament plunging the island nation into a crisis.

The Speaker had calculated the votes based on the voices he heard as Rajapaksa supporters disrupted the proceedings in the House. The Supreme Court had on Tuesday overturned President Sirisena's decision to dissolve Parliament and halted the preparations for snap polls on January 5.

"President has the full power to appoint the prime minister," Sirisena said.