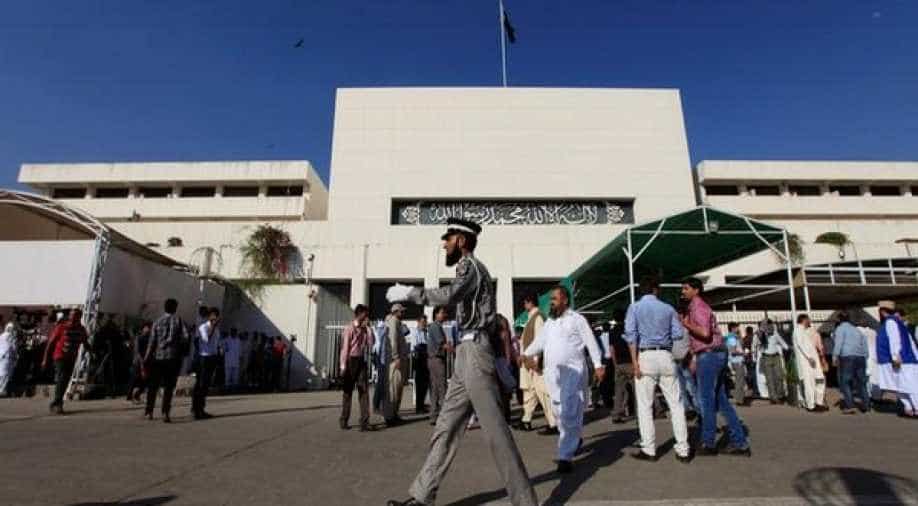 A resolution was tabled in the lower house of the Parliament on Tuesday for the expulsion of the French ambassador from Pakistan over the issue of blasphemous cartoons being published in the European country.

Amjad Ali Khan of the ruling Pakistan Tehreek-e-Insaf (PTI) party presented the resolution in the National Assembly with Speaker Asad Qaiser in the chair.

Technically, it was not an official document as it was moved by a member in his private capacity but it was accepted for discussion.

The resolution condemned the publication of blasphemous caricatures by French magazine Charlie Hebdo in September last year and expressed regret over the French's president 'encouragement of the elements hurting the sentiments of the hundreds of millions of Muslims in the name of freedom of expression'.

It stated that a debate should be held in the House on the expulsion of the French ambassador from Pakistan over the issue of caricatures.

"This House also demands that the state should decide matters of international relations and no person, group or party can exert unnecessary illegal pressure," according to the resolution.

It also said that all European countries in general and France in particular should be made aware of the seriousness of this issue of blasphemy. The resolution said that the issue should be raised collectively on international forums while discussing the issue with all Muslim countries.