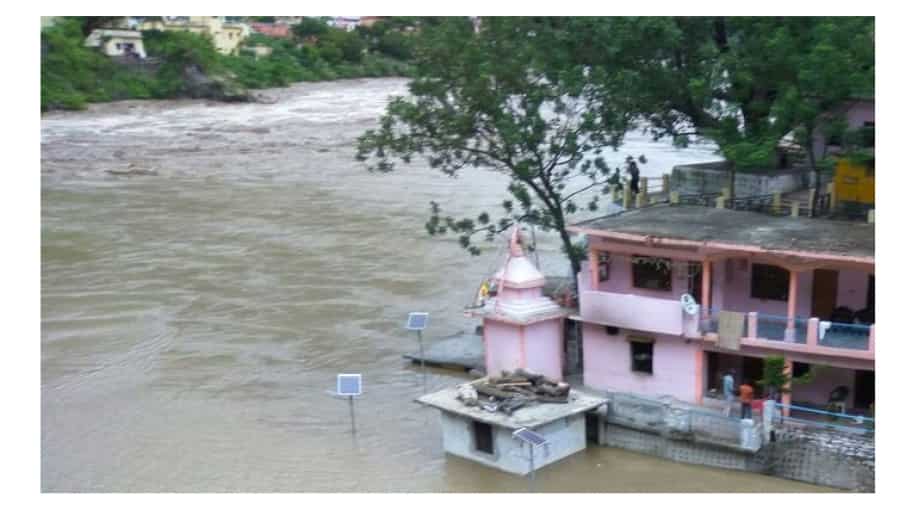 The Chief Minister of?Uttarakhand, Harish Rawat announced a compensation of 200,000 Indian rupees (about $2,968) would be given to the relatives of the deceased. Photograph:(ANI)
Follow Us
Rescue operations were underway in India's northern Uttarakhand state today as many people were feared trapped under debris after heavy rainfall caused havoc.

According to reports, Pithoragarh and Chamoli districts were inundated after the cloudburst, causing severe problems to the people.

Large tracts of agriculture fields have been destroyed in Suva village of the Dharchula area and three bridges linking the village have been washed away.

The Chief Minister of Uttarakhand, Harish Rawat, said that official teams had been dispatched to carry out search and rescue operations to find those missing.

Rawat also told reporters there were reports of further bad weather from other regions in India.

"We have reports of disaster from Chamoli district too. There is heavy rainfall in Bageshwar, Uttarkashi and some other areas as well," said Rawat.

Rawat announced a compensation of 200,000 Indian rupees (about $2,968) would be given to the relatives of the deceased.

Over 54 millimetres of rain was recorded here in the last 24-hours. The Thal-Munsyari road has been cut-off and dozens of vehicles remained stranded on both sides.

The Yamunotri highway, near Kharadi, has also been damaged leading to traffic being halted.

Entry of heavy vehicles was halted on the Kedarnath highway after a landslide at Gangolgaon.

All major rivers in the hilly tracts have swollen.

The weather department has also issued a warning alert of heavy to very heavy rain at few places in Nainital, Udham Singh Nagar, Champawat, Almora, Pauri, Haridwar, Dehradun and Tehri districts during the next 72 hours starting from today.

Keeping in view of the alert, all District Administrations have been asked to take precautionary measures.

Director of the state Meteorological Department Vikram Singh has said that a low pressure line between the Bay of Bengal and Punjab is triggering the rains, and the western disturbance is also moving and it will approach Afghanistan and Jammu and Kashmir in the next two to three days.

(With inputs from Agencies and Zee News)