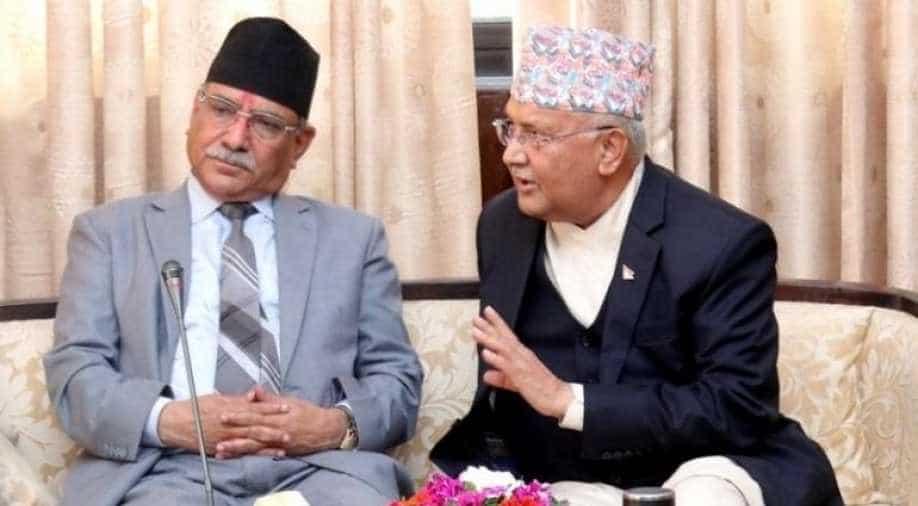 Nepal's CPN (Maoist Centre) led by Pushpa Kamal Dahal Prachanda on Saturday recalled its ministers from the Cabinet led by Prime Minister KP Sharma Oli and directed all its leaders nominated at the CPN-UML Central Committee to make their positions clear within 24 hours, intensifying the rift between the two factions.

The decision was taken by the standing committee meeting of the CPN-MC held this morning at Paris Danda, the Centre's party office here.

"We will begin action against those failing to abide by the party's decisions, he said.

As per the legal provision, lawmakers will lose their seats in the upper house and the lower house of Parliament if they choose to leave the party or their party decides to expel them from the party.

On Friday, the Central Committee meeting of the CPN (UML) led by Prime Minister Oli had nominated 23 leaders of Maoist Centre, including the ministers to the party's central committee which the faction opposing him has said is against the norms of the party.

Since the Supreme Court invalidated the Nepal Communist Party (NCP) merger and revived its constituents CPN-UML and Nepal Communist Party (Maoist Centre) on Sunday last, Oli has been keeping at bay the faction led by Madhav Kumar Nepal that had opposed him and tightening his hold on the party by relieving leaders close to Nepal from party positions, the daily said.

Nepal's Election Commission on Tuesday asked the CPN (UML) led by Oli and the CPN (Maoist Center) led by Prachanda to come up with a new name and election symbol of the party if they decide to merge their parties again after the Supreme Court quashed the 2018 unification of the two parties.