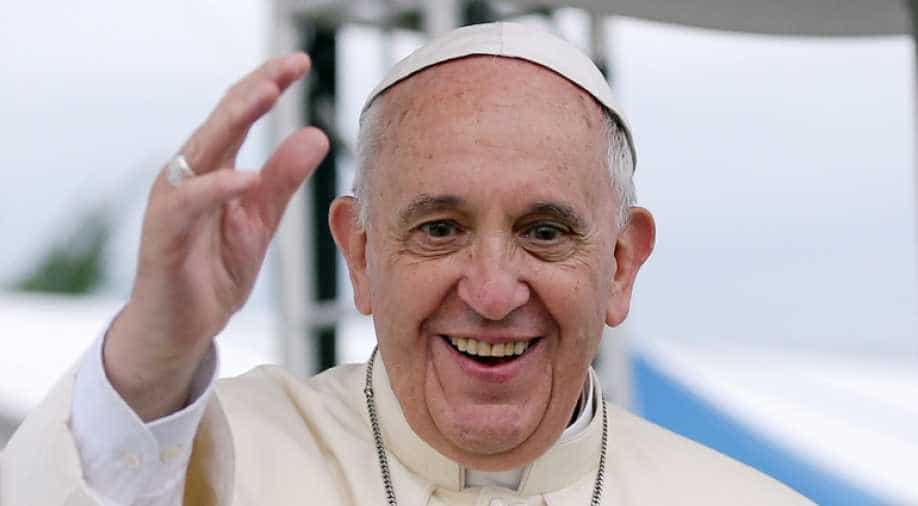 Pope Francis will meet Myanmar's top Buddhist monks, its military generals, and civilian leader Aung San Suu Kyi in November when he visits that country and Bangladesh, both caught up in a crisis over the Rohingya Muslim minority.

According to a full programme of the November 26-December 2 trip released by the Vatican on Tuesday, the pope will say two Masses in Buddhist-majority Myanmar and one in Bangladesh, which is predominantly Muslim.

Francis will be the first pope to visit Myanmar and the second to visit Bangladesh, where Pope John Paul visited in 1986.

The pope arrives in Yangon, the country's largest city, on November 27 after a flight of more than 10 hours and is scheduled to rest for about 24 hours before heading to the country's capital Naypyitaw for a day.

There, he will have separate private talks with President Htin Kyaw and Suu Kyi, who is both State Counsellor and Foreign Minister, making her effectively the country's civilian leader.

A senior Vatican official said military leaders are expected to attend a separate, public meeting where the pope will address politicians and diplomats. This is where he is expected to give the keynote speech of the trip.

Myanmar is facing international scrutiny over the plight of its Rohingya community. In February, Francis said they had been tortured and killed simply because they wanted to live their culture and Muslim faith.

Last August, some hard-line Buddhists were riled with the pope spoke about "the persecution of our Rohingya brothers and sisters" and asked Catholics to pray for them, adding that they should be given "their full rights".

On November 29, the pope will address the Sangha Maha Nayaka, the country's highest Buddhist authority, which is a government-backed panel of senior monks responsible for regulating the Buddhist clergy.

The United Nations refugee agency said on Tuesday that Bangladesh border guards reported more than 11,000 Rohingya refugees crossing into their country from Myanmar on Monday alone.

The government offensive has drawn international condemnation and UN accusations of ethnic cleansing, which the government denies.

There are about 700,000 Roman Catholics in Myanmar according to the country's cardinal, Charles Maung Bo, out of a population of about 51.4 million.

Catholics make up a tiny minority in Bangladesh. Francis will be the second pope to visit that country, after Pope John Paul in 1986.