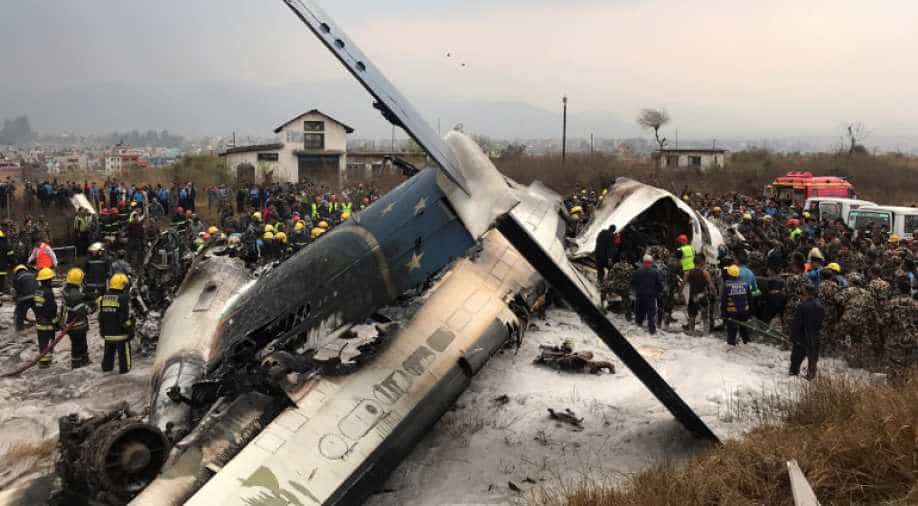 At least 49 people are dead and 22 injured after a plane crashed Monday afternoon at Kathmandu's Tribhuvan International Airport, reports said.

A police official added that 10 passengers were still unaccounted for.

There were a total of 71 people on board the US-Bangla Airlines plane.

The plane (call sign S2-AGU) had been flying in from Dhaka, Bangladesh.

Also read: Rescue workers pull bodies out of the wreckage

Gutted but lucky to be alive - this airplane missed the Kathmandu domestic airport area(where I was waiting for my helicopter to fly to Lukla) by a few kilometers.
I climbed to the domestic airport rooftop to see what happened. Found this -

P.S. hoping there are no casualties pic.twitter.com/6elGCeFeOJ

Meanwhile in airport. Must be a plane. ☹️ pic.twitter.com/zD0J4DBxwE

Breaking: Plane crashed when they were landed in Kathmandu airport. pic.twitter.com/Gk8tNYdPv7

Other reports quoted TIA spokesperson Prem Nath Thakur as saying the plane caught fire after it careened off the runway while landing and crashed into a football ground near the airport.

TIA and Nepal Army teams have been rushed into rescue operations.