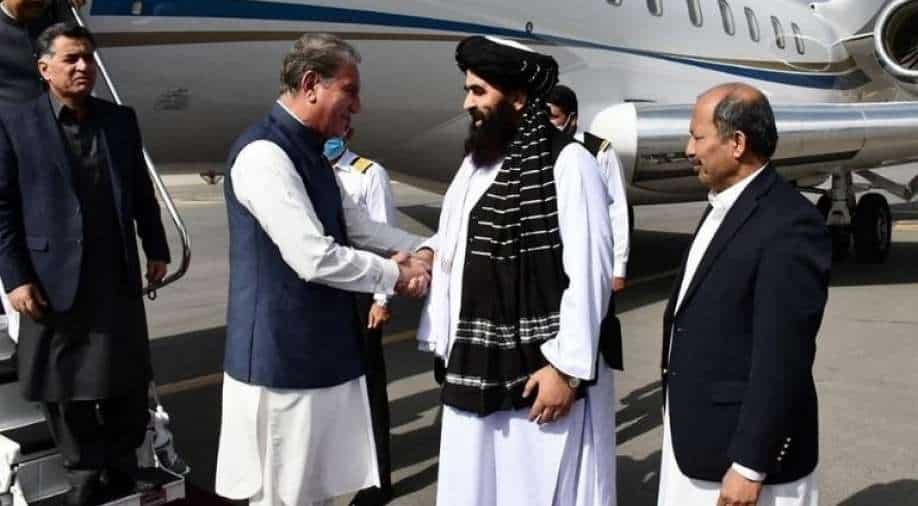 Taliban counterpart of Qureshi said he is hoping trade problems can be resolved based on these talks and said 'we are very hopeful that all our trade issues will be resolved very soon, borders will open again'

Taliban, a terrorist organisation, took control of Afghanistan on August 15 and has since then managed to push out US army and allies.

While majority of the western governments have denied recognising Taliban’s government, Pakistan may not be following the same course. The South Asian country was one of the very few countries that had recognised Taliban government last time in 1990s. The same might happen in the Taliban 2.0 regime too.

However, there has been a friction between the neighbouring countries over few issues such as air space, control of freight through land borders, and more.

Qureshi, reportedly, met the senior members to find solutions to the existing border issues so that the trade between the two countries can resume again.

"There were detailed talks with the Afghan Taliban leadership which were attended by the prime minister and almost all cabinet ministers," Qureshi said afterwards, in a brief video clip.

Recently there were scenarios where fruits and other materials were left to rot at the Afghanistan-Pakistan border as the latter denied opening borders amid the chaos. Hinting at those, the Taliban counterpart of Qureshi said he is hoping trade problems can be resolved based on these talks.

"We are very hopeful that all our trade issues will be resolved very soon, borders will open again," Taliban Foreign Minister Amir Khan Muttaqi said.

Qureshi was also accompanied by outgoing spy chief, Faiz Hammed, who has already met the Taliban government once since August.

Pakistan’s meeting with Taliban has come a few days after Russia hosted a high-level meeting with the terrorist organisation and delegations of 10 countries such as China and Pakistan. "Isolation of Afghanistan is not in the interest of any sides. And this has been proven in the past," the Taliban Deputy Prime Minister Abdul Salam Hanafi told the Moscow conference. "Therefore, we call on the international community to recognise the current government of Afghanistan."