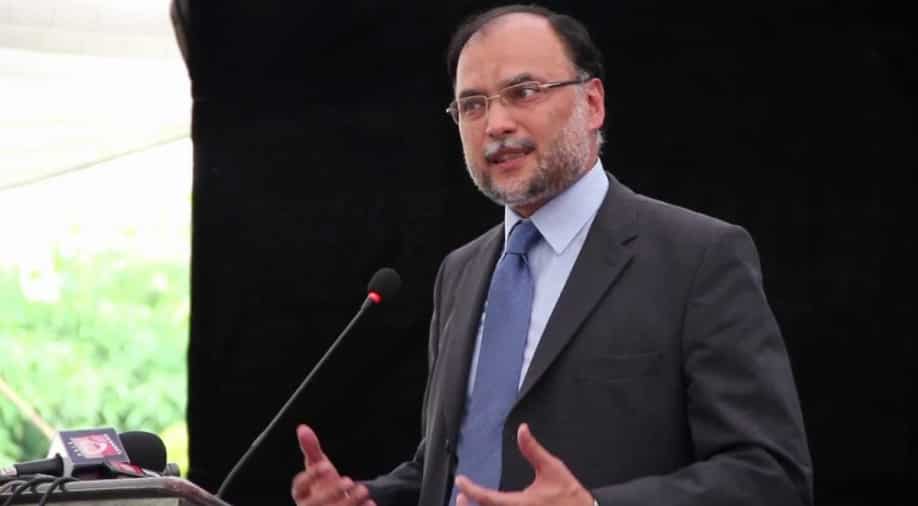 In this file photo, Pakistani Planning Minister Ahsan Iqbal can be seen during a public address in Karachi Photograph:( Twitter )

Stressing that reforms would require 'at least a decade' to truly work, Iqbal said there was a 'structural problem' that wasn't allowing Pakistan to take off

Claiming that there were examples of countries that managed to progress despite similar levels of corruption, Pakistan's Planning Minister Ahsan Iqbal has said that corruption was not the primary reason holding back the country's economic development.

As opposed to corruption, the PML-N leader indicated that the far bigger impediments to Pakistan's growth were "political instability and policy reversals".

"The biggest lesson today is that I can count many countries in the world that have developed despite having similar corruption as ours but you can't point out a single country that has progressed despite political instability and discontinuity of policy," he said while addressing a seminar in Islamabad.

Countries such as Bangladesh and India have managed to grow even though their corruption problem was just as severe as Pakistan's, according to Iqbal.

Stressing that reforms would require "at least a decade" to truly work, Iqbal said there was a "structural problem" that wasn't allowing Pakistan to take off.

He added that if there was not a continuation in direction for 10 years then no good measure would yield results.

"We have failed to give continuation to policies in this country and a big reason for that is our internal political situation."

Also read | Pakistan slips to 140 in corruption index; find out about India, US & others

Highlighting the requirement of strong fiscal discipline and economic management for economic growth in Pakistan, Iqsal said “We have to move towards export-led growth.”

The planning minister lamented that Pakistan was lagging behind others in the region as its tax-to-GDP ratio had never been above 12 per cent.

“We have to make our youth skilled and educated. Because of the CPEC (China Pakistan Economic Corridor) project, we got the attention of the world. The world wanted to invest here,” he said.

Endemic corruption and widespread tax avoidance along with decades of poor economic management by successive governments and military rulers are the reason behind Pakistan's economic woes, according to economic analysts.

Pakistani Prime Minister Shehbaz Sharif, his brother and former premier Nawaz Sharif, and son Hamza have all been embroiled in countless corruption and money laundering allegations.

In 2018, former Prime Minister Imran Khan was voted in by an electorate weary of two-party dynasties on a promise of sweeping away decades of entrenched corruption and cronyism.