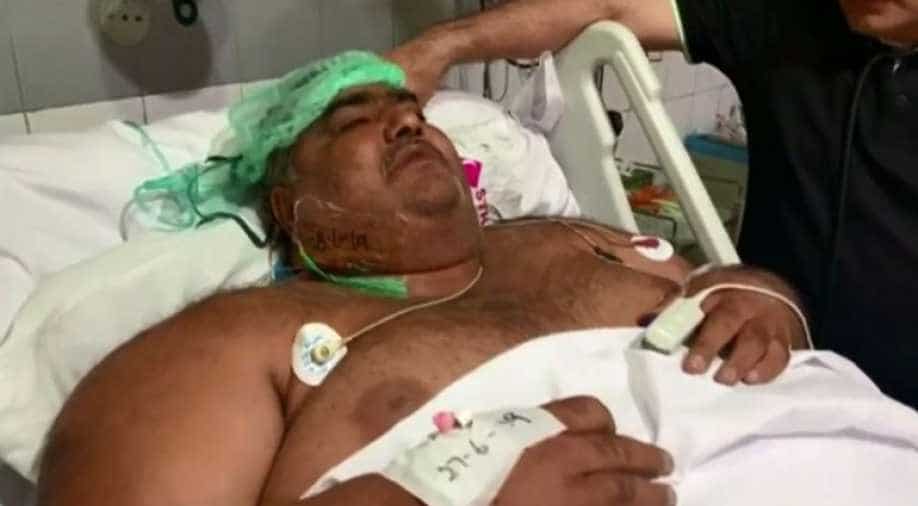 Noor Hasan's wife, Malooka Bibi, blamed her husband's death on the relatives who caused the disruption.

Pakistan's "heaviest man" died in hospital on Monday after he suffered a heart attack while he was left unattended by nursing staff who fled to deal with a disturbance in the intensive care unit (ICU) of a hospital in Lahore, his surgeon said.

Noor Hasan, weighing over 330 kilograms, had undergone successful liposuction surgery last month and was being kept in the ICU for further observation.

The nursing staff reportedly left Hasan unattended for nearly an hour on Monday after the family of another patient became violent after hearing the news that their loved one had died. The family members blamed the death of the female patient on doctors' negligence.

Hospital staff claimed that relatives of the patient had broken windows, switched off ventilators and hit medical staff.

Treating surgeon Dr Maazul Hassan said upon the return of medical staff to the ICU, Hasan had already suffered a heart attack and all attempts to resuscitate him were futile.

Hasan's wife, Malooka Bibi, blamed her husband's death on the relatives who caused the disruption.

A hospital spokesperson said that they were investigating the incident and examining CCTV footage.

Last month, the army helped rescue Hasan from his home and transferred him to hospital after a plea for help on social media by the father of seven yielded no responses.