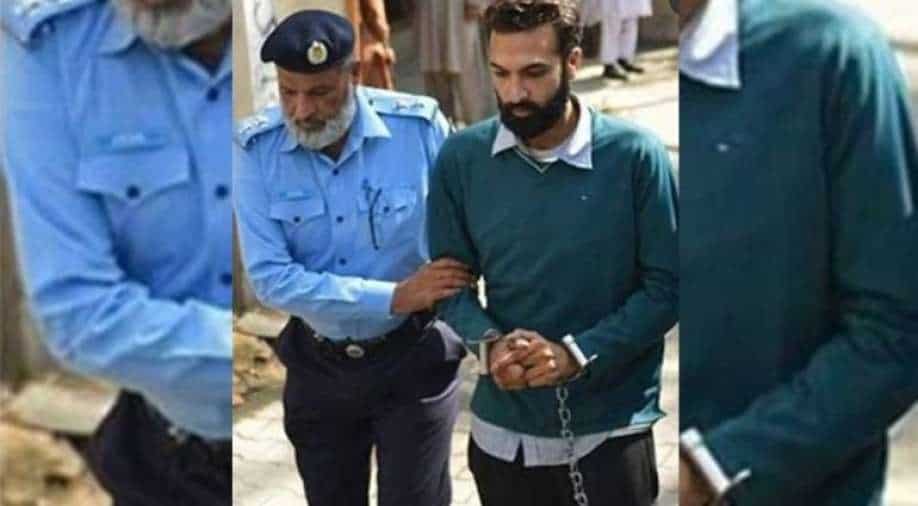 Zahir Jaffer, 30, was convicted by the Sessions Court in Islamabad for premediated murder of Noor Mukadam, 27, at his residence on July 20 last year as he was enraged when she apparently refused to marry him. Photograph:( Twitter )

Jaffer, the 30-year-old son of a powerful family and a dual Pakistani-American citizen, was apprehended at the scene of the attack and charged with premeditated murder, rape, kidnapping, and detention.

In a grisly beheading case that triggered renewed calls for better protection of domestic abuse victims, a Pakistani man was found guilty of murdering the daughter of a prominent ambassador.

Zahir Jaffer was sentenced to death by an Islamabad tribunal on Thursday for killing Noor Mukadam, last July at Jaffer's family house in an affluent area of the country's capital.

Jaffer, the 30-year-old son of a powerful family and a dual Pakistani-American citizen, was apprehended at the scene of the attack and charged with premeditated murder, rape, kidnapping, and detention.

Shaukat Mukadam, Mukadam's father, was pleased with the decision.

Noor's beheaded body was found at the residence of Zahir on July 20, 2021.

The trial shed light on the pervasiveness of violence against women in Pakistan, which usually affects the lower and middle classes.

Hundreds of women are killed in Pakistan each year in similar cases, and the numbers of those subjected to violence and sexual assault are growing.

The court also directed Zahir to pay 500,000 Pakistani rupees as compensation to the legal heir of the deceased, The Express Tribune reported.

Since the death penalty sentenced by the Sessions Court is subject to confirmation by the Islamabad High Court before being implemented, Judge Rabbani said Zahir can appeal against the verdict within the next seven days, the report said.

Shaukat Mukadam, the father of the woman, said the trial court's ruling was a victory for justice.