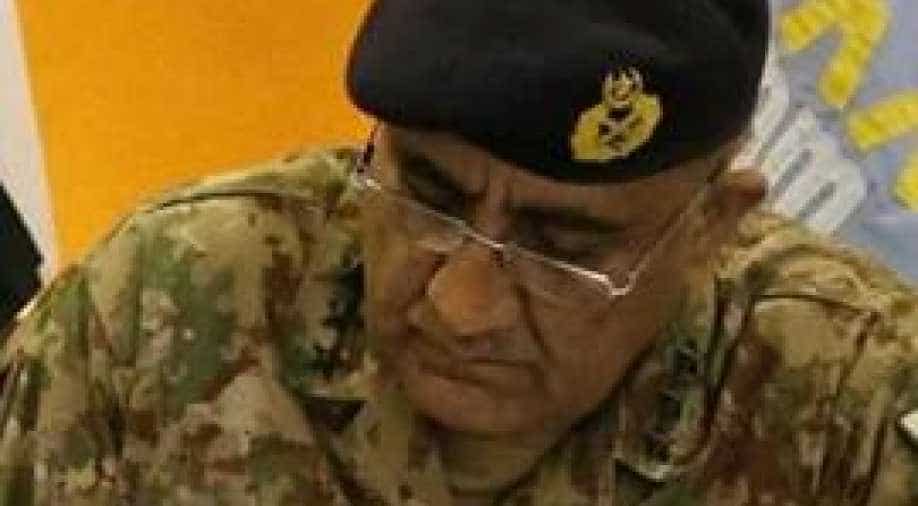 'We have taken the direction and come a long way in establishing and strengthening our defence. We fought off the scourge of terrorism, not only physically, but emotionally and psychologically as well,' General Zubair Mahmood Hayat said.

Pakistan has taken the right direction in strengthening its defence and acquired nuclear prowess to avoid being coerced, a top Pakistan Army official said on Monday.

Addressing a seminar, "Understanding Strategic Coercion in the Realm of Hybrid Gray Conflict: Implications for Pakistan", Joint Chiefs of Staff Committee General Zubair Mahmood Hayat said, "Beginning as early as the partition, coercive statecraft and hostility from our neighbour is not new."

"However, with the accession of hyper-Pakistan had taken the right direction and strengthened its defence. We continue to build our Minimum Credible Deterrence. Nuclear power of 2020 million cannot be coerced," he said.

He said with the China-Pakistan Economic Corridor (CPEC) and the evolving dynamics of the Shanghai Cooperation Organisation (SCO), Pakistan was set to play an important role. "We succeeded in the past, we'll succeed in the future," he added.

In the prevailing international environment, the subject of the seminar, organised by the Institute of Strategic Studies Ismalabad, was of great relevance and interests to Pakistan because "it was enduring a subtle and, at times, not so subtle strategic coercion," he said.

"In fact, it was not just Pakistan but the entire region was subjected to the strategic coercion and even the South Asian Association of Regional Cooperation (SAARC) had become a hostage to this phenomenon," said Gen Hayat.

Tehreek-i-Taliban Pakistan (TTP), Baloch nationalist and the arrest of Indian national Kalbhushan Yadav, are all manifestation of this evolving challenge," he said.

The General said that the strategic coercion was undermining the regional strategic calculus and negatively affecting the internal politics as well, and to ward off the spectre of strategic coercion in the realm of hybrid warfare, new methods and modalities were required.

"We have taken the direction and come a long way in establishing and strengthening our defence. We fought off the scourge of terrorism, not only physically, but emotionally and psychologically as well," he said.

Savin say that the concept of gray hybrid conflict was a western construct and the rest of the world should come up with its own narrative.

"Before 2014, hybrid warfare was discussed mostly in military affairs but, after the Ukraine crisis, it has expanded to the political domain as well," he said.

Sehgal described hybrid warfare as a mix of all the linear and non-linear, kinetic and non-kinetic warfare whose all components were inter-connected, applied simultaneously and adopted likewise in time and space.

"Propaganda, social implosion and cyber warfare are some of its expressions," he said.

Lt Gen Lodhi said that hybrid warfare was an acme of strategy to win a battle without fighting. He said that it was unleashed to impact worldviews, politics, culture, social bonds and economy.