Pakistan struggles to rein in defiant clerics as COVID-19 cases near 7,500 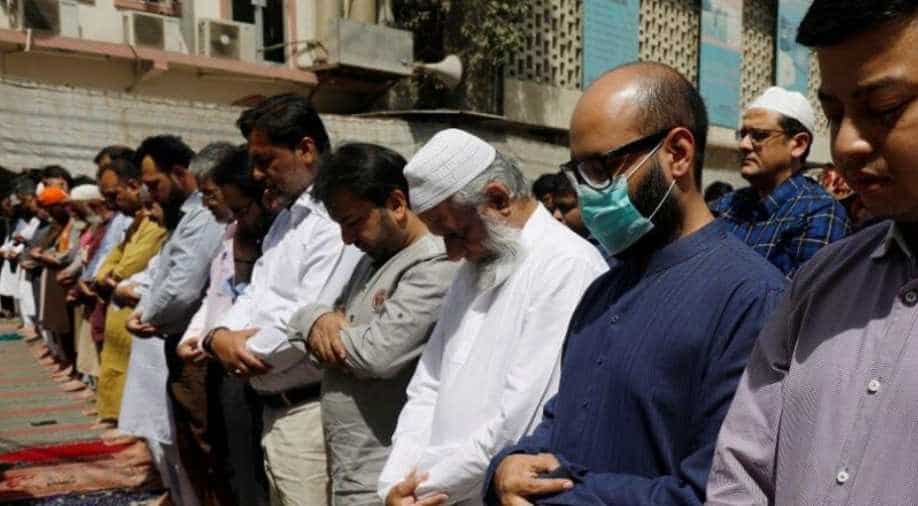 The Ministry of National Health Services reported that 143 people have died so far including eight on Friday. Another 1,832 have recovered.

Pakistan's coronavirus cases on Saturday rose to 7,481 with 465 new patients even as the government struggled to control clerics flouting orders against congregations in mosques.

The Ministry of National Health Services reported that 143 people have died so far including eight on Friday. Another 1,832 have recovered.

The largest province of Punjab registered 3,391 patients, followed by Sindh with 2,217, Khyber-Pakhtunkhwa 1,077, Balochistan 335, Gilgit-Baltistan 250, Islamabad 163 and Pakistan-occupied Kashmir with 48 patients.

The steady rise continued despite hectic efforts to contain the spread.

One of the biggest hurdles being faced by the authorities has been to convince clerics to stop congregational prayers in mosques.

He was poised to continue consultations on Saturday to convince the clerics from different sectors to avoid big gatherings in the upcoming month of Ramzan.

Prime Minister Imran Khan is also expected to meet religious leaders to take them into confidence over the vital issue.

So far Tablighi Jamaat has promised to cooperate and its chief Maulana Nazarur Rehman appealed to his followers to follow official direction in Ramzan.

But a group of hardline clerics led by Mufti Muneebur Rehman and Mufti Taqi Usmani wanted to let the clerics decide the opening of mosques without any interference by the government.

Meanwhile, Minister for Religious Affairs Pir Noorul Haq Qadri, who is also a religious leader, on Friday asked the fellow clerics to abide by the guidelines of the government in order to defeat coronavirus.

On Friday, several incidents of violation of official directives were reported. But the situation was better than the previous Friday when scuffled took place between police and worshippers outside a mosque in Karachi.

In stark violation of the government orders, a recalcitrant cleric of Red Mosque had been holding regular Friday congregation in the heart of capital Islamabad.

Maulana Abdul Aziz refused to cooperate and the government was unable to remove him from the pulpit of a mosque which is owned by government's religious affairs ministry.

The government has said that only five worshippers including those who are associated with the affairs of the mosques are allowed to offer congregational prayers.

Meanwhile, it was reported that two women who returned to Pakistan from India via the Wagah border tested positive for the novel coronavirus. They were part of 41 people that returned to the country, according to The Express Tribune.