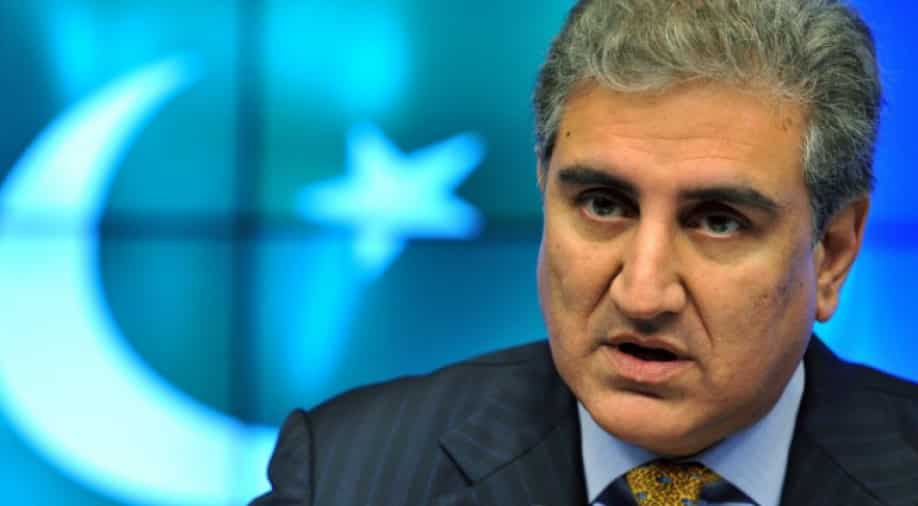 Talks were later restarted between the two sides in December in Qatar but were paused following an attack near the Bagram military base in Afghanistan.

Pakistan's foreign minister on Thursday said the Taliban has shown "a willingness" to reduce violence in war-torn Afghanistan after more than 18 years fighting the US, sparking speculation that a potential breakthrough in talks with the Americans may be near.

Negotiations between the Taliban and the US have repeatedly stalled, with Washington calling on the insurgent group to reduce violence before they can resume.

"Today, positive progress has been made, the Taliban have shown their willingness to reduce the violence, which was a demand... it's a step towards the peace agreement," said Pakistani foreign minister Shah Mehmood Qureshi in a video statement.

He gave no further details.

Zabihullah Mujahid, the official Taliban spokesman, told AFP the Taliban was looking into the comments.

The Taliban and the US were on the brink of announcing a withdrawal deal in September last year when President Donald Trump abruptly declared the process "dead", citing Taliban violence.

Talks were later restarted between the two sides in December in Qatar but were paused following an attack near the Bagram military base in Afghanistan.

Islamabad has helped facilitate the talks between the militants and Washington in Qatar over the past year, seeking an agreement that would pave the way for a US troop withdrawal from Afghanistan in return for various security promises from the insurgents.

Pakistan was one of only three countries to recognise the Taliban regime, and its shadowy military establishment particularly the Inter-Services Intelligence (ISI) is widely believed to back the bloody insurgency in Afghanistan.

Any agreement with the Taliban is expected to have two main pillars an American withdrawal from Afghanistan and a commitment by the insurgents not to offer sanctuary to jihadists.

The Taliban's relationship with Al-Qaeda was the main reason cited for the US invasion nearly 18 years ago.

The Taliban have until now refused to negotiate with the Afghan government, which they consider an illegitimate regime, raising fears that fighting will continue regardless of any deal ironed out with the Americans.