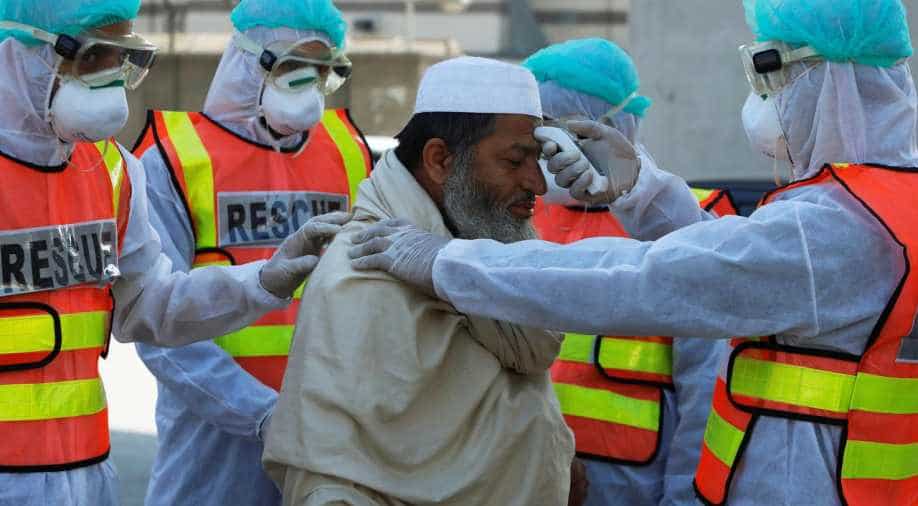 Pakistan's Punjab province reported the highest number of cases with over 3,000 cases followed by Sindh with over 2,000 cases

Pakistan on Thursday reported 6,871 cases of coronavirus with the death toll rising to 128 as the country reported 520 cases in the last 24 hours.

Also Read: Are the number of coronavirus deaths in Pakistan under-reported?

There were seventeen deaths due to the virus on Wednesday, according to the health ministry.

The country's Punjab province reported the highest number of cases with over 3,000 cases followed by Sindh with over 2,000 cases. Punjab recorded 15 more cases of COVID-19 in the last 24 hours with authorities asserting that 550 people were cured of the virus.

There were 145 COVID-19 cases in the Pakistan captial Islamabad.

Balochistan reported six new cases of the virus taking the total number of cases to 291. The Health minister of Khyber Pakhtunkhwa said on Thursday that there were just six districts where the virus wasn't reported.

Balochistan reported another death due the virus on Thursday.

The health ministry said 199 people had recovered from the virus in the last 24 hours.