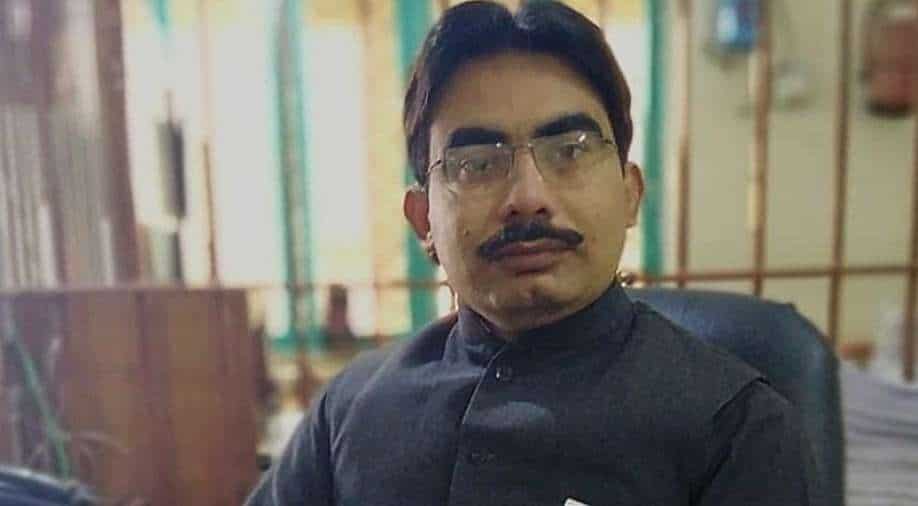 The victim Malik Imran Hanif, was the manager of a bank in Quaidabad tehsil. Photograph:( Facebook )

However, family of the bank manager said that it was a 'cold blooded murder' that was carried out out of personal grudge

A security guard in a state-run National Bank in Pakistan's Punjab province shot a senior manager on Wednesday over allegations of 'blasphemy'. Malik Imran Hanif, manager of the mulitinational commercial bank's Quaidabad tehsil was shot by Ahmed Nawazn, the security guard and a retired Army person. However, family of the bank manager said that it was a 'cold blooded murder' that was carried out out of personal grudge. The manager was shifted to a hospital in Lahore but he succumbed to his injuries on Thursday.

A senior police officer Tariq Wilayat was mentioned by PTI as saying Nawaz made the allegation of blasphemy against the bank manager. The security guard's claim has yet not been verified.

"Police are probing the matter from all the aspects including the statement of the deceased's family that Nawaz killed him to settle a personal grudge against him," the officer said.

Hanif's family said that Nawaz was fired a few months ago but he was subsequently reinstated. He nursed a grudge against Hanif over his sacking and both had a heated argument recently.

Muhammad Razzak, another guard of the bank, told the police that after completing his nightshift, he was changing his uniform when he heard the gunshots.

I rushed towards the bank office where I found Hanif in a pool of blood and Nawaz fleeing,? he said.
In a video posted on the social media, Nawaz can be heard saying he killed the bank manager because he had committed blasphemy.

Nawaz was seen being greeted by a crowd of supporters who also raised religious slogans and roamed in the city streets. Later, he surrendered himself before the police.

Leaders of some religious groups addressed the mob from the rooftop of the police station where he surrendered himself. Police officials were seen standing helplessly. No case was registered immediately.

Blasphemy is a hugely sensitive issue in Pakistan, with even unproven allegations often prompting mob violence. Anyone convicted or even just accused of insulting Islam risks a violent and bloody death at the hands of vigilantes.

Pakistan has extremely strict laws against defaming Islam, including the death penalty, and rights campaigners say they are often used to settle personal disputes in the Muslim-majority country.

In July, an American-Pakistani, who was facing blasphemy allegations, was shot dead in a courtroom by a teenager in Peshawar.