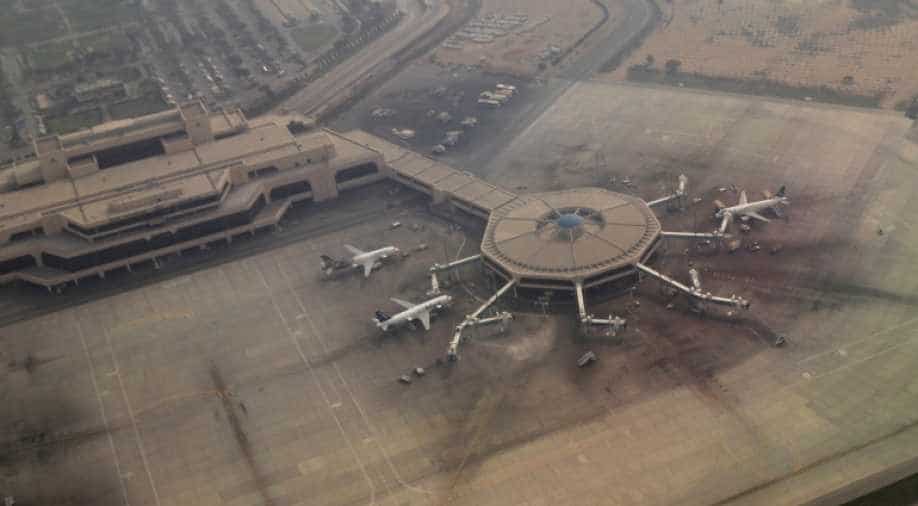 An aerial view of the airplane hub at the airport in Karachi, Pakistan. Photograph:( Reuters )

All international flights have been asked to avoid three aviation routes in the Karachi airspace as per the NOTAM.

All international flights have been asked to avoid three aviation routes in the Karachi airspace as per the NOTAM. The CAA has not given any reason for the closure.

However, an alternate route has been suggested by the authority.

The notification comes at a time when the country's Technology Minister Fawad Hussain Choudhry stated that Pakistan is considering a complete closure of airspace to India, adding that the federal Cabinet is also planning to ban India from using its territory for trade with Afghanistan.

"Prime Minister is considering a complete closure of Air Space to India, a complete ban on the use of Pakistan Land routes for Indian trade to Afghanistan was also suggested in Cabinet meeting, legal formalities for these decisions are under consideration...!" the minister said in a tweet on Tuesday.

Amid heightening tensions between India and Pakistan over New Delhi's decision to revoke special status to Jammu and Kashmir, Islamabad has downgraded its diplomatic relations with India and partially closed its airspace. Pakistan had also shut down its airspace after India conducted Balakot strike on February 26.

On July 16, Pakistan had fully opened its airspace for all flights.