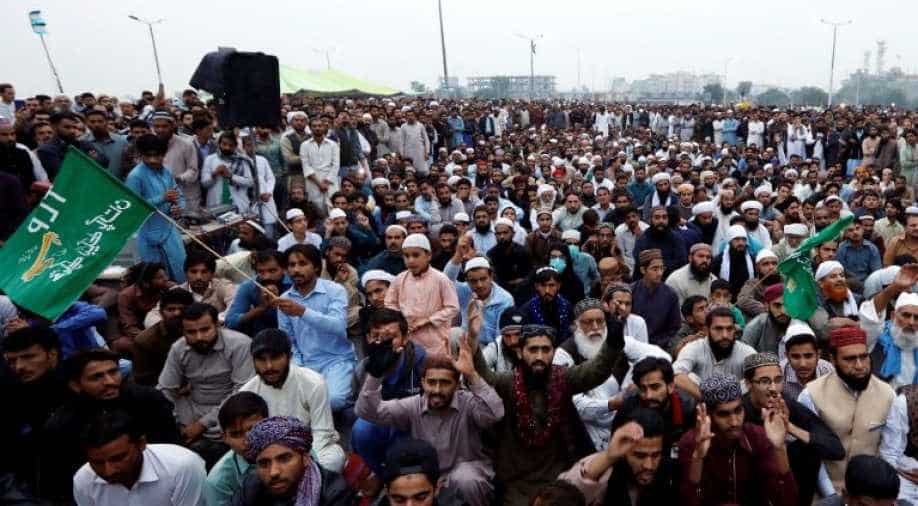 As part of the agreement, anyone arrested during the protests would also be released and legal steps would work to place Bibi on Pakistan's 'exit control list'.

A Pakistani Islamist group said on Friday it will call off protests over the acquittal of a Christian woman who was facing hanging on blasphemy charges, striking a deal with the government to end three days of protests across major cities.

As part of the deal, Asia Bibi, a mother of five who has been on death row since 2010, would be barred from leaving the country, according to a document of the agreement shared by the ultra-Islamist Tehreek-e-Labaik (TLP) group.

"We have reached on an agreement with the government,” Ejaz Ashrafi, spokesman for TLP, told Reuters. "An announcement will be made shortly by our leadership."

The government confirmed the agreement, with religious affairs minister Noor-ul-Qadri telling Geo TV that "the protest will end tonight".

Bibi's case has outraged Christians worldwide and been a source of division within Pakistan, where two politicians who sought to help Bibi were assassinated.

Islamist parties such as TLP, whose rallying cry is for blasphemers to be killed, have framed Bibi's release as Pakistan's government caving into Western demands.

Bibi was accused of making derogatory remarks about Islam after neighbours objected to her drinking water from their glass because she was not Muslim. But a three-judge panel set up to hear the appeal, headed by Chief Justice Saqib Nisar, ruled the evidence was insufficient.

The top court's decision had enraged TLP, whose leaders have taken to the streets to call for the death of the judges who made the decision and the ouster of the government.

Bibi's whereabouts were not known on Friday. Her family has been in hiding this week, with speculation rife that she would be secretly sent out of the country by the authorities.

As part of the agreement, anyone arrested during the protests would also be released and legal steps would work to place Bibi on Pakistan's "exit control list", which means she would be barred from leaving the country.

"TLP apologies if anyone is hurt without any reason during this incident," the agreement adds.

During the three days of protests, TLP blockaded major roads across the coastal metropolis of Karachi, eastern city of Lahore, and capital Islamabad. Other cities were also affected.

On Friday, Pakistan suspended mobile phone networks in major cities and many schools were closed as Islamist groups protested for a third day.