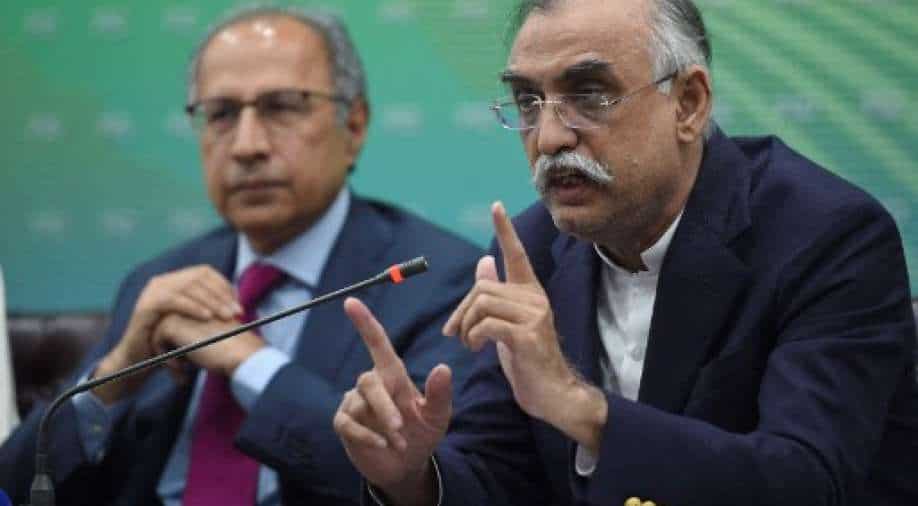 (R) Former chairman of the Federal Board of Revenue Shabbar Zaidi Photograph:( AFP )

Pakistan’s economy is on the brink of collapse. The country faces record inflation that’s pushing the price of daily commodities higher

The former chief of Pakistan’s tax agency, Shabbar Zaidi, has said that the Islamist nation has gone bankrupt and that the government had been lying about the country's prosperity.

Speaking on Pakistan's economic condition at Hamdard University on Wednesday, the former chairman of the Federal Board of Revenue said that the country was not in a state of “going concern” — an accounting terminology referring to a business that is operating and making a profit.

“We keep saying that everything is good, the country is running well, we have achieved great success and we brought tabdeeli (change) but this is wrong. In my view, the country is, at the moment, bankrupt and not a going concern.”

“It is better if you decide first that we have reached bankruptcy and we have to move forward compared to saying everything is running well and I will do this and that. These are all things to deceive the people,” Zaidi said.

A video clip of his speech had gone viral on social media.

Let’s not fool around that everything is working fine, Pakistan is already bankrupt; says Shabbar Zaidi who was till recently Chairman of FBR pic.twitter.com/HunF5UAyuZ

However, on Friday, Zaid issued a clarification that his remarks were "misreported", adding that he had given a presentation of 30 minutes, of which only three were "cherry-picked".

In a tweet, he said, "Yes I said that with this constant current account & fiscal deficit there are issues of bankruptcy & going concern but look at the solution."

He said his statement had been made on a "basis & conviction".

"I only want to say that whole speech is to [be] read and listened [to]."

My speech in Hamdard University is being misreported. There was a presentation of half & hour. Only three minutes have been cherry picked. Yes I said that with this constant current account & fiscal deficit there are issues of bankruptcy & going concern but look at the solution.

Pakistan’s economy is on the brink of collapse. The country faces record inflation that’s pushing the price of daily commodities higher.

Last week, the rupee tumbled to all-time lows, losing 15 per cent of its value against the dollar in six months.

Apart from that, Pakistan is currently negotiating with the International Monetary Fund for a bailout package to overcome the balance of payment crisis.

In July 2019, Pakistan and the IMF had signed a 39-month Extended Fund Facility for $ 6 billion but the programme remained largely off track, resulting in disbursements of only $ 2 billion in two years.

And since 2018, Pakistan has been stuck in the grey list of the Paris-based Financial Action Task Force (FATF), for unable to curb counter-terror financing and anti-money laundering activities.

According to Islamabad-based independent think-tank, Tabadlab, Pakistan has lost $38 billion of its GDP because of the FATF sanctions.