Pakistan hardliners vow no let up in paralysing blasphemy protests 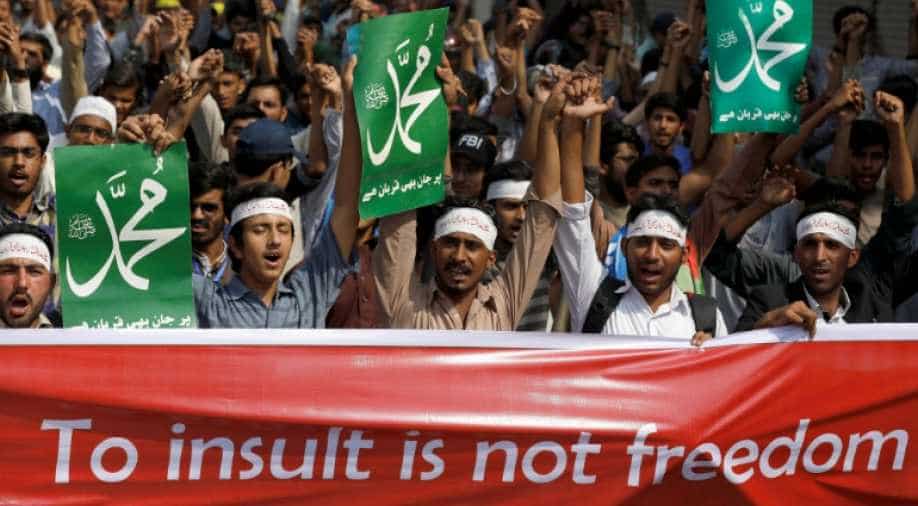 Islamist hardliners incensed by the acquittal of a Christian woman for blasphemy vowed no let up Thursday to protests paralysing major Pakistani cities a day after Prime Minister Imran Khan vowed to confront them.

Demonstrations broke out after the Supreme Court on Wednesday overturned a blasphemy conviction for Christian mother Asia Bibi, ending her eight year ordeal on death row but infuriating Muslim conservatives.

One key protest leader has called for the assassination of the country’s top judges and for mutiny against the army’s top brass since the court's decision reignited the touchpaper issue.

Another leader on Thursday pledged to continue holding sit-ins in cities across the country with supporters blocking major traffic thoroughfares, causing gridlock and school closures in key hubs like Lahore, Islamabad, Rawalpindi and Karachi.

"The sit-ins will continue whatever the circumstances are," Khadim Hussain Rizvi, leader of the Tehreek-e-Labaik Pakistan (TLP) party, tweeted from his verified account.

The defiance from the protest leaders came after Khan issued a forceful rebuke in a nationally televised address, saying the government would not tolerate violent protests or groups openly threatening public officials.

"We will protect people's properties and lives, we will not allow any sabotage," said Khan Wednesday evening.

There was no indication Thursday that authorities were preparing to clear the small pockets of protesters blocking highways.

Information Minister Fawad Chaudhry said officials had entered talks with the protesters ahead of mass demonstrations scheduled for Friday, the holiest day of the Islamic week and a time when the size of demonstrations can often swell.

"Negotiations are ongoing in Lahore and Rawalpindi and I will be able to say something about them later," Chaudhry told a press briefing, but warned that violence would not be ignored.

"All those found involved in defying the writ of the state will have to pay the price."

Khan's speech drew praise across much of social media, including from those formerly critical of the prime minister.

Prominent writer Mosharraf Zaidi hailed a "remarkable speech" and a column in the English daily Dawn said Khan had taken "an unequivocal and strong line against religious bigotry and hatred that we have not seen taken in almost two decades".

"Prime Minister Imran Khan was admirably forthright in condemning those who believe violence is the appropriate response to a judicial verdict with which they disagree," said the English-language The News, which is often a critic of the PM.

Others highlighted the prime minister's mixed record on addressing the controversy around blasphemy.

The demonstrations are being largely led by the TLP, which is known for its hardline stance on blasphemy issues.

That protest forced the resignation of the federal law minister and paved the way for the group to poll more than 2.23 million votes in the July 25 general election, in what analysts called a "surprisingly" rapid rise.

The TLP supremo Rizvi has also vowed to "wipe Holland off the face of the earth" over cartoons of the Prophet Mohammed if TLP were able to secure power of the nuclear-armed country.

The protests come as Khan prepares to depart for a four-day trip to China, where he will likely seek financial assistance from Beijing to shore up the country’s deteriorating finances.