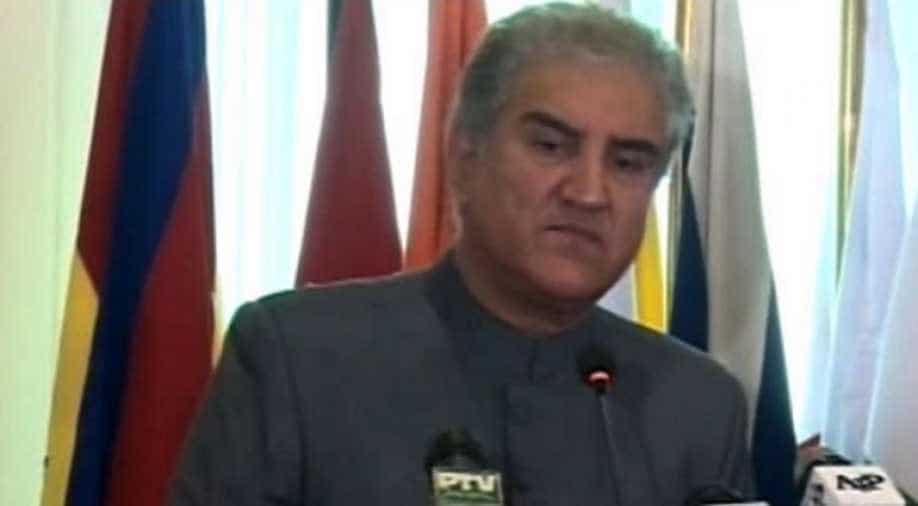 Pakistan's foreign minister asserted that China's share in Pakistan's overall debt burden was minimal and that the mega project would only have a positive impact.

Speaking to reporters in Multan, the foreign minister said Islamabad had categorically rejected Washington's claims on CPEC and its impact on Pakistan's economy, The Express Tribune reported.

"We do not agree with the [American] assessment and we have conveyed as much. In fact, we have expedited CPEC projects and have initiated the second phase of its implementation," he said.

The minister asserted that China's share in Pakistan's overall debt burden was minimal and that the mega project would only have a positive impact.

"Pakistan's total debt burden is USD 74 billion of which CPEC is only $4.9bn. CPEC is a gamechanger for the entire region and there is no restriction for any country, including the US, to invest in the special economic zones being established under CPEC," said Qureshi.

In a series of tweets earlier in the day, Special Assistant to the Prime Minister on Information and Broadcasting Firdous Ashiq Awan said CPEC was a top priority for Pakistan and would be a harbinger of economic development and prosperity for the entire region.

She said the economic zones established under CPEC would generate more job opportunities for Pakistanis and help address one of the country's most pressing challenges.

In her address at an event in Washington last week, US Acting Assistant Secretary for South and Central Asian Affairs, Alice Wells, had strongly criticised China's international development projects and lending practices under its Belt and Road Initiative (BRI).

Wells had deemed CPEC a form of financing ensuring guaranteed profits for Chinese state-owned enterprises, and pointed out that the multi-billion dollar project is certain to take a toll on Pakistan's economy at the time of the repayment of the debt and dividend in the coming years.

She had raised concerns over the lack of transparency in the project, saying that it could foster corruption and increase the project cost, thereby resulting in an even heavier debt burden for Pakistan. The CPEC is a multi-billion dollar development project, with a planned network of roads, railways and energy projects linking China's Xinjiang Uyghur Autonomous Region with Pakistan's strategic Gwadar Port on the Arabian Sea.