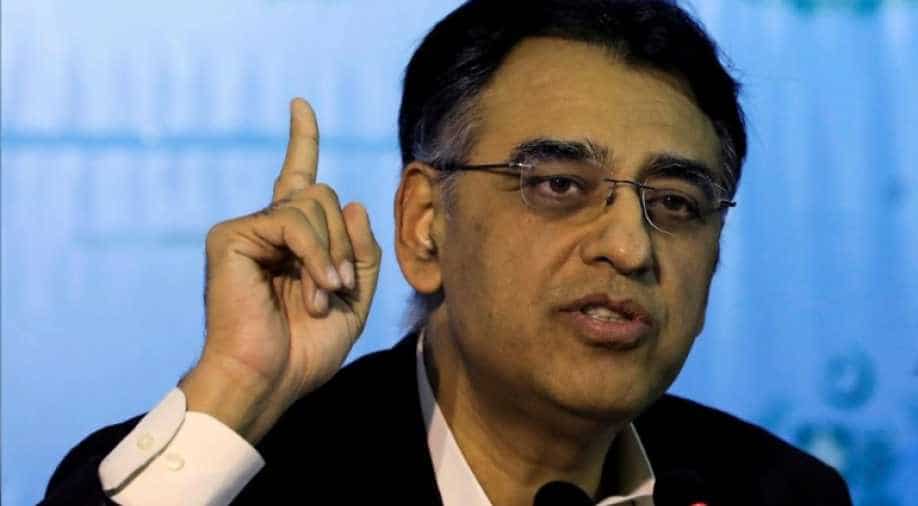 After Umar made the announcement on Twitter, many users expressed their disappointment.

Pakistan Finance Minister Asad Umar on Thursday said he would step down from his role after discussions with Prime Minister Imran Khan about a cabinet reshuffle, suggesting he is due to leave his position.

"As part of a cabinet reshuffle PM desired that I take the energy minister portfolio instead of finance. However, I have obtained his consent to not take any cabinet position," Umar said on Twitter.

As part of a cabinet reshuffle PM desired that I take the energy minister portfolio instead of finance. However, I have obtained his consent to not take any cabinet position. I strongly believe @ImranKhanPTI is the best hope for Pakistan and inshallah will make a naya pakistan

Umar added that he strongly believes that Khan is the best hope for Pakistan, which is currently undergoing delicate negotiations with the International Monetary Fund (IMF) for a bailout to avert a balance of payments crisis.

As the finance minister of Pakistan, Umar had a major role in bringing back the economy and was negotiating with the International Monetary Fund (IMF) on behalf of Pakistan government for a bailout.

After Umar made the announcement on Twitter, many users expressed their disappointment.

Not a good decision.

It’s not your failure , isn’t it the failure of the government ?

While I respect your decision but I still believe that you're the BEST asset #PTI has & a vast majority of #Pakistan VALUES your struggle & pure intentions to make 🇵🇰 a better place to live in.👍#PakistanZindabad

As finance minister, Umar wrote letter to the Paris-based an international terror financing watchdog Financial Action Task Force (FATF) to remove India from the co-chair of its Asia-Pacific group. Pakistan is on the 'grey list' of the FATF for failing to curb anti-terror financing.

Imran Khan-led government and finance minister Umar in particular have faced mounting criticism by opposition parties and members of the business community over the handling of the economic crisis.

Cash-strapped Pakistan is seeking US $8 billion from the IMF to bail itself out from a severe balance-of-payments crisis that threatens to cripple the country's economy.

Pakistan has so far received a total of US $9.1 billion in financial aid packages from friendly countries like China, Saudi Arabia and the UAE during the current fiscal year.