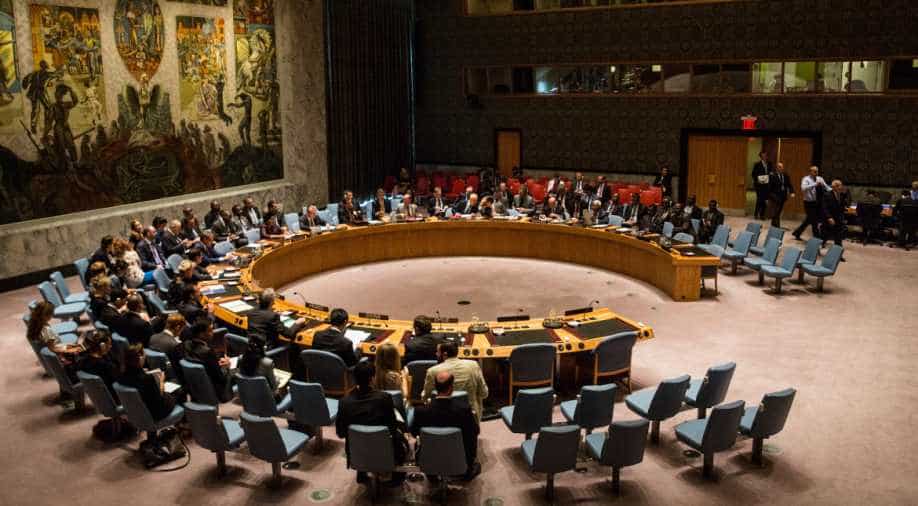 The council did not take up a letter by Pakistan last month — after India pushed back strongly with the help of its supporters in the council — mainly France and the US.

Pakistan and its all-weather ally — China has raised the Kashmir issue yet again. For a third time — Beijing tried to spark dialogue at the United Nations security council — in an attempt to embarrass India on the international stage.

This time — a fresh letter was drafted on the behalf of Islamabad, Vietnam and Beijing.United Nations has maintained its stance that the issue should be solved bilaterally by India and Pakistan.

The efforts were meant to revive the failed December 2019 bid to raise Kashmir at the UNSC. The council did not take up a letter by Pakistan last month — after India pushed back strongly with the help of its supporters in the council — mainly France and the US.

Meanwhile — deputy representative of Russia to the UN has also reacted to China's move.

He said and I quote — UNSC discussed Kashmir in closed consultations. Russia firmly stands for the normalisation of relations between India and Pakistan.

He also said that Russia is hopeful that differences will be settled through bilateral efforts based on the 1972 Simla agreement and the 1999 Lahore declaration.

India slammed the move — asking Islamabad to focus on issues like sheltering terrorists.

The Indian envoy to the UN Syed Akbaruddin said that — China got a stinging response when it raised Kashmir at a closed-door informal consultation.

Reports suggest that the Chinese-Pakistani plan was meant to set the stage for Pakistan's Shah Mehmood Qureshi's visit to the US.

Foreign minister Qureshi has arrived the US for a three-day visit.

Meanwhile — in Kashmir — the valley has brought some slow but gradual signs of normalcy.

Like the release of political detainees, visit of European parliament MPs, the successful conduct of football matches, and the restoration of the internet in Kargil.

While New Delhi is taking notes — that China has raised the issue of Kashmir twice after the Mamallapuram summit between President Xi Jinping and prime minister Narendra Modi.

Beijing has also not yielded on any of its core interests apart from siding with Islamabad on major diplomatic fronts.

This when India has reiterated its stance — that Kashmir remains an internal matter.