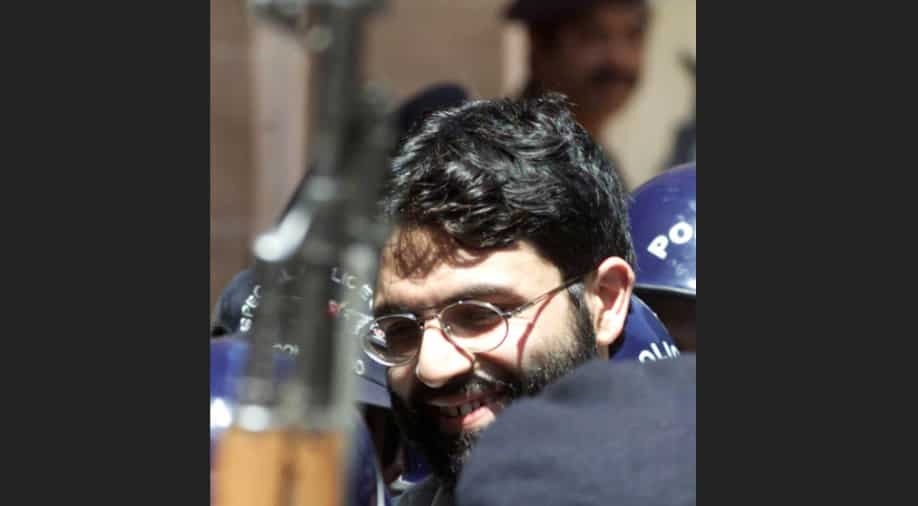 Ahmed Omar Saeed Sheikh's sentence for the murder of the Wall Street Journal reporter, Daniel Pearl, was commuted on Thursday to seven years by the court in the southern city of Karachi. Three other men serving life sentences for the killing were also acquitted and released.

Ahmed Omar Saeed Sheikh, a British-born Islamist militant convicted of masterminding the murder of a Wall Street Journal reporter, may not walk free for a few more months, as the Sindh provincial government’s Home Department in Pakistan has issued the order to arrest and detain him before he released from prison. In doing so, the government has overturned the court's order that commuted his sentence.

Sheikh's sentence for the murder of the Wall Street Journal reporter, Daniel Pearl, was commuted on Thursday to seven years by the court in the southern city of Karachi. Three other men serving life sentences for the killing were also acquitted and released.

“The government of Sindh has sufficient reason that Ahmed Omar Sheikh and Fahad Nasim Ahmed, Syed Salman Saqib, Sheikh Muhammad Adil be arrested and detained for a period of three months from the date of arrest (April 2, 2020),” the issued notice said, adding the released men may act “against the interest of the country”.

This decision comes in the wake of the US State Department condemning the overturning of the convictions of the four men. They termed it “an affront to victims of terrorism everywhere”.

“Those responsible for Daniel’s heinous kidnapping and murder must face the full measure of justice,” Alice Wells, the top US diplomat for South Asia, wrote on Twitter.

Pearl's murder was filmed and the video was posted online. It's sometimes said that the murder may instead have been carried out by Khalid Sheikh Mohammed, the key organiser of the 9/11 attacks, who is being held at Guantánamo Bay in Cuba.

Khawaja Naveed, a defence lawyer in Pakistan, told Reuters on Thursday that Sheikh would be released within days.

Sheikh was born in Britain and enjoyed a privileged upbringing and studied at the London School of Economics. He was arrested in India for his involvement in the kidnapping of Western tourists in 1994 as part of his support for Muslim separatists battling Indian security forces in the disputed Kashmir region.

He was one of three men released from an Indian prison after militants hijacked an Indian airliner in late 1999 and flew it to Afghanistan, where the then-ruling Taliban government helped negotiate an exchange.

UN calls for gender equality for long-term development of Afghanistan