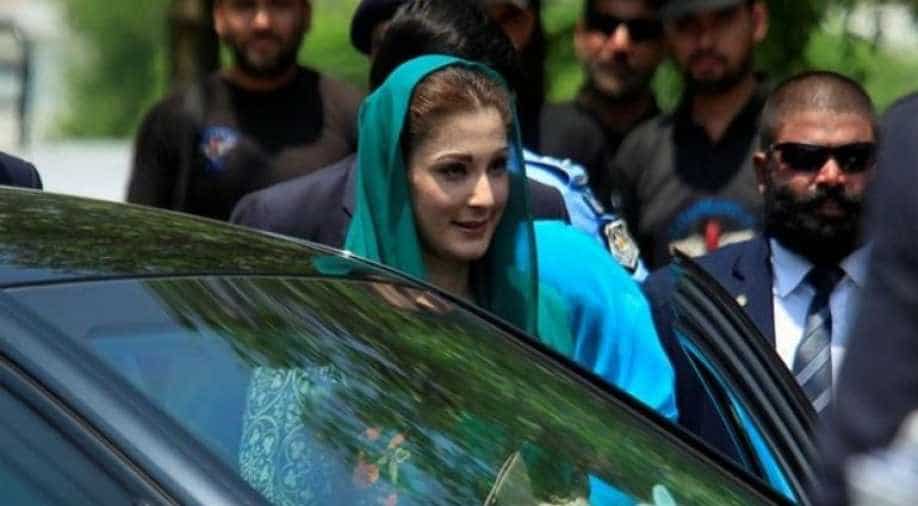 During the proceedings, NAB's lawyer said that the investigations with Maryam had not yet been completed and requested an extension in remand for that purpose.

An accountability court in Lahore has granted National Accountability Bureau (NAB) an extension of 14 days in the physical remand of Maryam Nawaz, the daughter of erstwhile prime minister Nawaz Sharif, and her cousin Yousuf Abbas in Chaudhry Sugar Mills (CSM) case.

Earlier, both had been remanded into NAB custody following their arrest from Kot Lakhpat jail where they had gone to meet Maryam`s father on August 8.

The duo was produced in court amid strict security where Judge Naeem Arshad heard NAB`s request for a 15-day extension in their physical remand, Express Tribune reported.

During the proceedings, NAB's lawyer said that the investigations with Maryam had not yet been completed and requested an extension in remand for that purpose.

On Wednesday, the judge granted NAB 14-day physical remand and ordered the duo to appear before the court on September 4.

Maryam had appeared before NAB on July 31 to record her statement in the Chaudhry Sugar Mills reference.

The statement was regarding 'dubious' business transactions of the CSM of which she was one of the major shareholders.

On August 8, she was taken into custody by NAB from Kot Lakhpat Jail, where she had been visiting her imprisoned father.

The PML-N Vice President was previously jailed in the Avenfield corruption case last year, along with her father and husband.

All three were released from jail within a few months before Nawaz was sent to jail again in Lahore in relation with the Al Azizia Steel Mills case.