Pakistan allows thousands to cross into Afghanistan through border 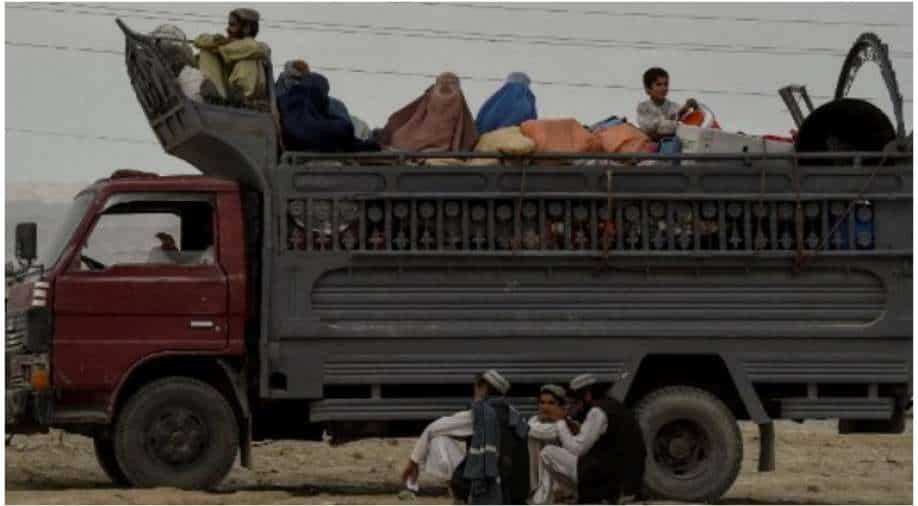 Stranded people wait for the reopening of border crossing point in the Pakistan's border town of Chaman on July 16, 2021, following clashes between Afghan forces and Taliban fighters in Spin Boldak to retake the key border crossing with Pakistan. Photograph:( AFP )

People would be allowed to cross until evening. There is a possibility that the Pakistan-Afghanistan border would open on Sunday as well

Pakistan on Saturday allowed "up to 4,000 Afghans" into Afghanistan through its border. The strategic town across the border in Afghanistan is held by Taliban. AFP quoted a border official as saying that the move was taken on "humanitarian grounds".

Pakistan partially opened its southern crossing on Saturday. Thousands of Afghans were left stranded in the Pakistani town of Chaman after militants captured Spin Boldak from Kabul's forces on Wednesday.

"We have opened the Chaman border... allowing crowds of up to 4,000 Afghans including women and children to cross over to Afghanistan to celebrate Eid al-Adha with their families, purely on humanitarian grounds," a border official, who did not want to be named, told AFP.

People would be allowed to cross until the evening, with the possibility the border would open again tomorrow, the official added.

Muhammad Tayyab, a local paramilitary official, said the decision was taken because of "relative calm on the other side", but said the crossing would remain closed to trade.

An AFP photographer said the gates were rushed by families as soon as they opened.

Qudratullah, 30, who lives in neighbouring Kandahar province in Afghanistan was returning after taking his father to Karachi for a heart bypass three months ago.

"I have to come back (to Pakistan) for a routine check-up of my father, but let's see if I am able to come back or not," he said.

Muhammad Khan, 50, who works as a labourer in Quetta, said he had been waiting at the border trying to reach Afghanistan for the Muslim holiday Eid.

"I will definitely try to come back after Eid because there is unemployment in Afghanistan and I will not be able to get any job there," he said.

Afghan forces on Friday launched an operation to try and take back control of Spin Boldak.

Following fierce skirmishes, dozens of wounded Taliban fighters were brought across the border and were being treated at a Pakistan hospital, an AFP correspondent at the scene reported.

On Saturday, the Taliban's white flags could still be seen flying over the crossing.