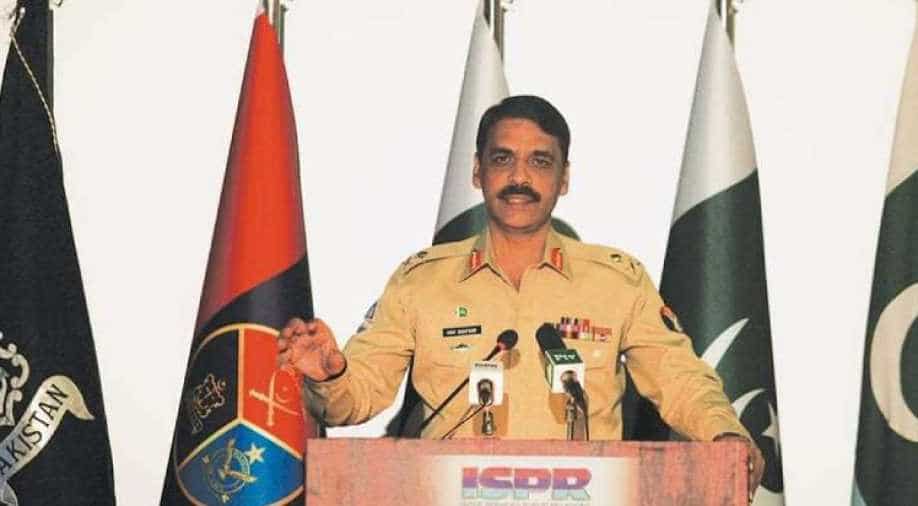 Qureshi had only recently said that 'he (Masood Azhar) is in Pakistan, according to my information. He is very unwell.'

Major General Asif Ghafoor, spokesperson of the Pakistani armed forces, has said the Jaish-e-Mohammed does not exist in his country. The JeM, listed by the United Nations as a terror group, had claimed responsibility for the February 14 Pulwama terrorist attack that killed at least 40 CRPF personnel.

Speaking to a western media outlet, Ghafoor said, "First of all that claim has not been made from within Pakistan because Jaish-e-Mohammed does not exist in Pakistan. It has been proscribed by United Nations and Pakistan. "

Accepting Pakistan is acting on terror groups but not on "anybody's pressure", Ghafoor said that "instead of blaming Pakistan, world should assist Pakistan, facilitate Pakistan in getting rid of such organisations".

This latest development comes only days after Pakistan's Foreign Minister Shah Mehmood Qureshi, in interviews to western media outlets, not only accepted that Jaish chief Masood Azhar is in Pakistan but also that "people over here" were in touch with him.

"He (Masood Azhar) is in Pakistan, according to my information. He is very unwell. He is unwell to the extent that he cannot leave his house because he is really unwell. That's the information I have," Qureshi told CNN.

To the BBC, Qureshi said "people over here" contacted the JeM leadership in the wake of the Pulwama terrorist attack.

This dissonance will be seen by many as the Pakistani Army and the country's civilian leadership not being on the same page.

On Tuesday, Pakistan placed Masood Azhar's son and brother in preventive detention, but the move is being seen as an eyewash by Delhi.

France, the UK and the US have proposed the listing of JeM chief Masood Azhar as an international terrorist. He will be listed as a terrorist under the UN terror list on March 13, 3 pm, New York time if no country raises an issue.

China has been blocking his listing since 2016 citing a lack of consensus.