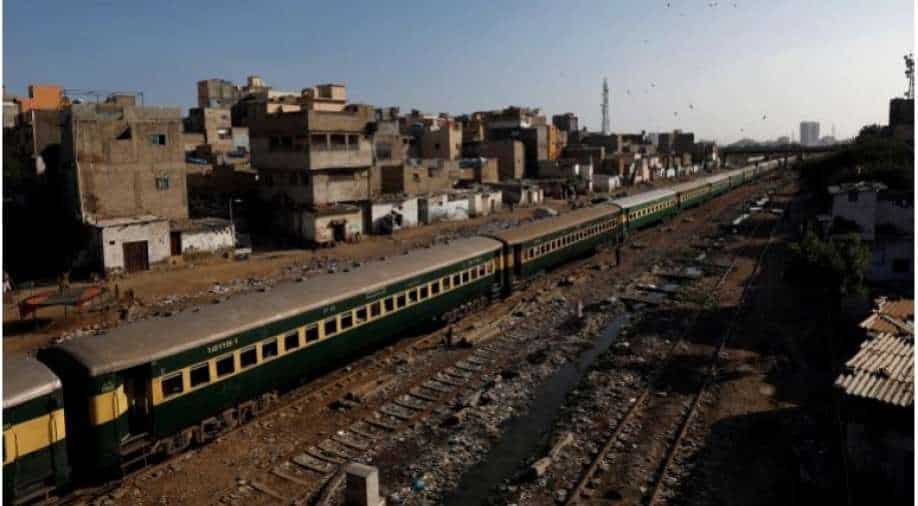 A ticket checker allegedly lured the woman to an empty compartment. Photograph:( Reuters )

According to Pakistan's Railway Ministry, three men, one of whom was a ticket checker, were accused of raping the woman, a 25-year-old mother of two, as she travelled from Karachi to Multan in Pakistan's Punjab state last week. The attack happened after the males urged her to relocate to an air-conditioned carriage, according to the report.

In Pakistan, a young woman was allegedly raped by three men on a moving train, in yet another shocking episode in a country where sexual assault is on the rise. According to Railways Police Chief Faisal Shahkar, the 25-year-old mother of two children was on board the train last week when she was taken to an empty compartment by a ticket checker and raped by three men.

When the incident was discovered on Monday, two individuals were caught, and a third was apprehended on Tuesday, according to Shahkar.

According to local accounts, the security and administration of the Bahauddin Zakaria Express, which runs from Multan to Karachi, Pakistan's largest metropolis, is in the hands of a private corporation.

The incident has drawn anger from rights bodies, activists and the public as most people called for stringent punishment to the culprits.

The event has prompted outrage in the Islamic country of 220 million people, which has a terrible track record in defending women's rights and routinely makes the news for brutal acts of gender-based violence and sexual assault.

According to Pakistan's Human Rights Commission, over 5,200 women were raped in the country in 2021, but experts believe the true number is considerably higher because many victims are scared to come forward owing to social shame and victim blaming in the patriarchal society.

According to Reuters, less than 3% of sexual assault or rape cases in Pakistan result in a conviction, according to the Karachi-based non-profit War Against Rape.

The country's rape statute was reinforced in December 2020, establishing special tribunals to try cases in four months and providing medical evaluations to women within six hours of a complaint being filed.