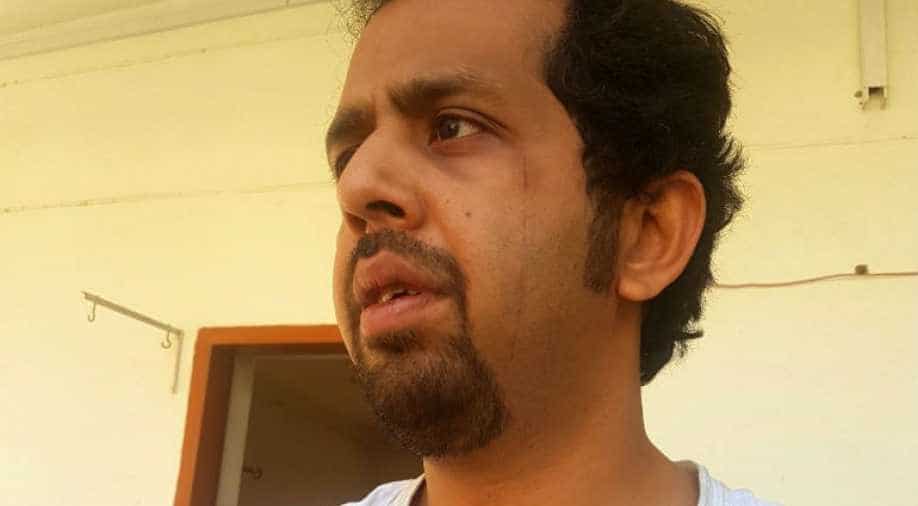 Taha Siddiqui is my colleague. He is WION's Pakistan bureau chief.

Close to a dozen armed men tried to abduct Taha Siddiqui this morning. He was beaten, his phone and laptop snatched. The man, luckily, managed to escape.

Taha, stationed at Islamabad, is known for fearless journalism. The journalism of courage, which we all aspire to do but rarely can, is practised by Taha every day.

He is a Pakistani citizen but works for an Indian international news channel. He tries to do his job conscientiously, amidst much constraint and threat. Recently, he came out with a fearless criticism of how the Pakistani press treated Jadhav's mother and wife. I was the fortunate Opinion editor who published that critique for the world.

Somedays we do a story tht disgusts us. Today was one such day. But it wasnt cuz of what I covered. Rather it was cuz of how my fellow journos behaved with mother & wife of #KulbushanJadhav whn they left FO building. They shouted taunts. It was very shameful

Taha wrote in piece, knowing fully well, this will land him in grave danger: "Many of these journalists are familiar faces at Foreign Office briefings and have a number of years of experience before being allotted such an important news beat to cover. And yet on Monday, when they were covering the meet-up, they seemed to have lost all sense of ethics when it comes to reporting."

Again in the same piece, Taha writes: "Whatever his alleged crimes are, the two women did not deserve such harassment, and that too from supposedly trained professionals."

And, this morning he paid the price for his insolence. For following professional ethics, and for not giving up to statist coercion.

On his way to the Islamabad airport, they tried harming him, tried to shoot him, threatened him of taking his life. Taha escaped.

He is currently with security agencies. Taha, I would like to believe, is safe.

Audibly shaken like any normal being, Taha, however, did not fail to be the fine professional he is.

He was ready to face the camera, as he battled injuries.

Assault on @TahaSSiddiqui is a substantial escalation of a campaign of intimidation.

This brute thuggery is unacceptable. It only damages Pakistan.

In Pakistan itself, a 24-year-old Pakistani journalist Zeenat Shahzadi, went missing on August 19, 2015. The young journalist was taken in broad daylight on her way to work. She is the first female journalist in Pakistan to be forcefully disappeared.

The press statement issued by Islamabad Rawalpindi press union (Others)

International Federation of Journalists notes that around 16 cases of forced disappearance of journalists remain unsolved in the Asia-Pacific region. Nepal tops the chart with 4 missing journalists, Sri Lanka has 3.

IFJ has rightly recognised that the "Enforced disappearances are aimed to spread terror and fear."

Yes, they wanted to scare Taha Siddiqui. I am beyond glad he survived.