Opinion: New H1B rules may put the 'Promised Land' out of bounds for Indians 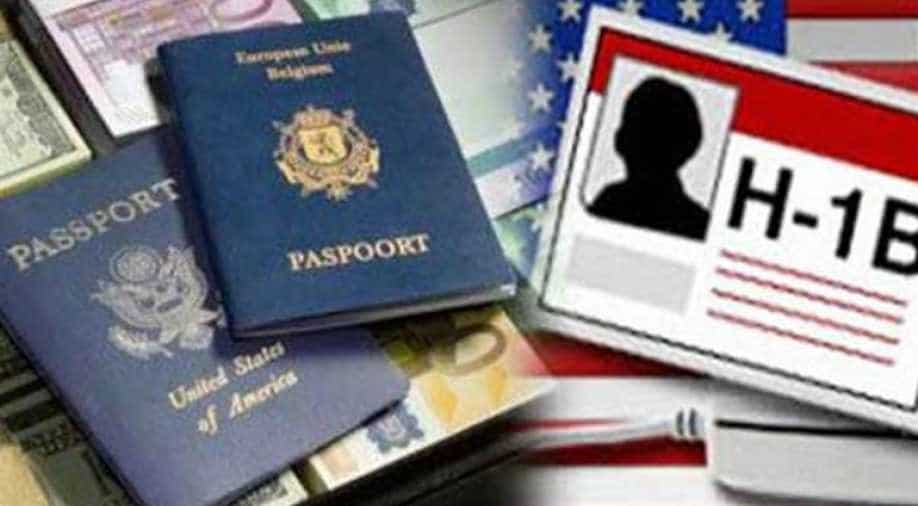 The bill prohibits H-1B dependent employers from replacing American workers with H-1B employees, there are no longer any exceptions. Photograph:( Zee News Network )

The USA is the Promised Land for the Indian and Chinese, very much like Israel is for the Jews.

Bright minds of India, particularly, the engineers and scientists soon after completing their college education head for the Promised Land. The US is the destination, destiny, the desire. The country is looked upon as the key to all earthly pleasures.

But all that aspiration and the dreams woven around it stands jeopardised as the Trump administration plans to change H1-B visa rules. If implemented, 5 lakh techies working in the US may have to head back home.

Trump administration is working to prevent an extension of the H1B visa beyond the initial six years period. This means that the indefinite extension on the H1B visa that all applicants to the Green Card previously used to get now will not be available. Consequently, on the completion of the 6 years of H1B visa period, one has to return to one's homeland. Though no one is still sure as to how the technicality of the entire procedure will work, the reality could well be something similar to self-deportation.

For an Indian, the average waiting period for the Green Card is about 10 years. If I am giving up my life and profession in the US and coming to back to start fresh in India, why will I take the trouble to go back to the US and start from the scratch?

The Trump administration is here surely washing its hands off of all the legal immigrants aspiring to be American citizens. The Promised Land stands bereft of all promises if the bills get passed.

H1-B visa has been at the pivot of controversy through Trump's presidential campaign, accentuating, particularly, after his ascension to the White House. Trump had been insisting to make immigration in the US a thoroughly merit-based system. He wanted to stop illegal immigration and, as his rhetorics revealed, he was not receptive to the idea of family-based immigration either.

But the crucial point I raised in one of my earlier article which stands even more relevant now with the current pronouncement is how is Trump administration going to reconcile its "Buy American, Hire American" policy with a merit-based immigration strategy.

Allow me to explain. If Trump decided to follow an entirely merit-based immigration system, the administration will have to allow in individuals with highest professional degrees. Their skill being the primary criterion of entry, such people will obviously dominate the job market. Apart from doing away with threats these qualified professional foreign force will pose to US citizens, the Trump administration is forcing corporations to match up with the salaries they are expected to pay to US citizens who come equally qualified for the jobs but were not succeeding because of the low pay scale at which Indian and Chinese usually agreed to work.

The low pay-scale at which Indians agreed to work in the US-based tech companies had earned them the pejorative epithet of "tech coolies", that is, manual tech labourer or the blue-collar engineers of the tech world. Many have opined that the steps proposed by the Trump administration will force tech companies to pay a more equitable wage that will improve the prospect of American citizens.

But the fallacy of the situation is that the Trump administration is committing is to make salary the basis for judging merit. The High Skilled Integrity and Fairness Act, introduced by Congressperson Zoe Lofgren of California, would raise H-1B holders' minimum salaries to the US $130,000. Doing this would mean, losing out a significant number of talents in the field that are crucial but not well-paid. For instance, the average salary of a fire protection and fuel engineer is $130,000 and $123,000 respectively. Whereas a computer engineer on an average earns $121,245  and healthcare facility engineer gets $120,027.

Clearly, fixing such wage ceiling, along with the proposed H1B Bill, is surely go against India's interest. This is something which India's Finance minister Arun Jaitley raised with the US commerce secretary Wilbur Ross in the past.

Interestingly, while the Trump administration and the President himself have shown much keenness in forging a strong bond with India in its fight against terrorism, it is holding no bar to upset its new ally in an economically sensitive issue. It is yet to be seen how the Modi government which has been nothing short of friendly to Trump, a much-hated figure elsewhere, deals with these challenging circumstances.