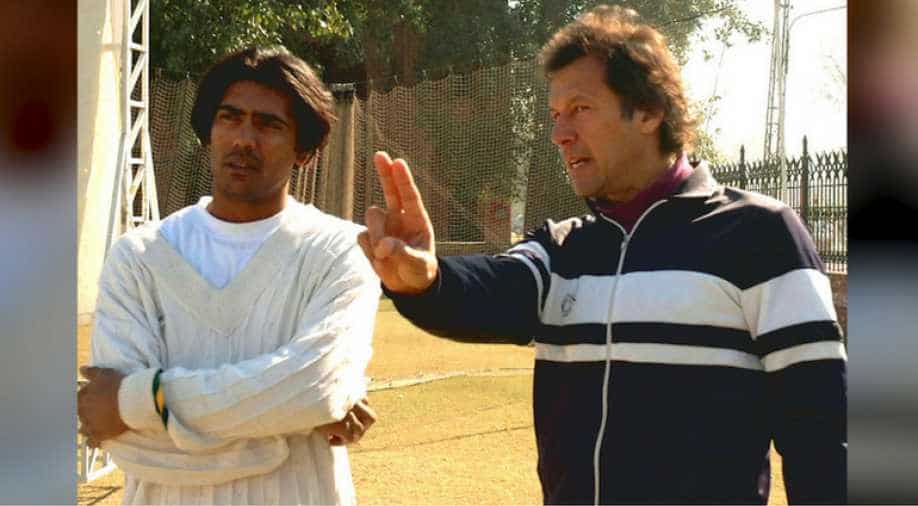 Imran bid farewell to the game in 1992 after the World Cup victory. Zia-ul-Haq, the man who forced Imran to come back was not alive to see this moment, but Imran proved him and his fans right.

Imran Khan is all set to become the prime minister of Pakistan. A widespread belief is that Imran has usurped power through Pakistan army’s intervention and he would be nothing more than puppet of the military establishment.

However, the fact is that Imran has toiled hard in the political arena for two decades to achieve this milestone.

So when Imran is set to start a new phase of life, I fondly remember the period of 1988-1992, which shows how special Imran Khan has been.

In 1987, ICC Cricket World Cup was hosted jointly by India and Pakistan. Imran Khan was the team captain, and along with India, Pakistan was the strong favourite to lift the title. India and Pakistan topped their groups and played in the semi finals against England and Australia respectively.

Everyone was waiting for India-Pakistan final. However, both the teams lost in the semi finals.

Imran had a heartbreak and he decided to take retirement from the Cricket at the age of 35.

There was a huge uproar in Pakistan after Imran took retirement as he commanded an unconditional and unadulterated fan following in Pakistan. The sentiments were so high that the then Pakistan’s premier Zia-ul-Haq himself had to intervene. Zia requested Imran to recall his retirement.

Pakistan had a horrible start in the 1992 World Cup. They lost to West Indies by 10 wickets, bundled out for 74 runs against England. Moreover, when Pakistan was defeated by India in a group match, the hell broke loose back in his home country, but Imran was standing firm.

Imran then took the decisions following his instincts, like promoted himself in the batting order, kept his faith intact in off-colour Inzamam.

He concluded the story in a fairy-tale manner by winning the World Cup. It was Imran’s passion, his self-belief and outstanding leadership skills, which paved the path for Pakistan in spite of various adversities.

Imran bid farewell to the game in 1992 after the World Cup victory. Zia-ul-Haq, the man who forced Imran to come back was not alive to see this moment, but Imran proved him and his fans right.

It remains to be seen whether Imran can spin a similar turnaround for his nation in his new innings. But, the bottom line is that Imran Khan is blessed with mercurial abilities and even his critics can't deny that.