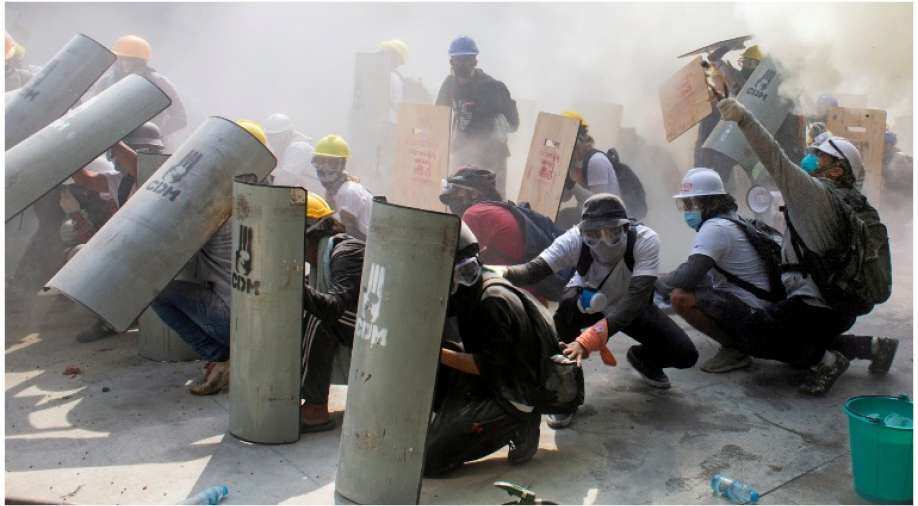 Over the weekend, Myanmar's military opened fire on innocent protesters, leading to the deaths of 18. The junta's crackdown shed light on the extent to which the military is ready to sustain the coup, and how it operates with impunity.

Now, they are openly issuing death threats through TikTok. Videos of soldiers dressed in military fatigues showing off their automatic weapons and bullets while issuing threats to protesters are going viral on the Chinese app.

While the identities of soldiers in clips have not been verified, an activist claims that there are over 800 such videos on social media with soldiers of the Tatmadaw, Myanmar's armed forces. They openly threatened violence against peaceful protesters. In a clip, two soldiers pointed their rifles at the camera. In another clip, a soldier threatened protesters with his gun. Another went a step further to show that his gun was loaded with real bullets, and not rubber shots.

The videos are circulating freely on TikTok, a Chinese social media platform that was banned in India last year. In Myanmar, TikTok serving threats from the military to the peaceful protesters. While social media giant Facebook banned Myanmar's military, TikTok is allowing the soldiers to openly threaten protesters.

According to a report, rights activists and journalists have found several clips like these on TikTok, and are demanding a complete takedown. In a statement to a news website, TikTok said it doesn't allow content that incites violence. But it didn't comment on the videos by the soldiers directly.

In a clip shot by a local in Monywa, security forces could be seen dragging the protesters, with streets covered in blood. On Wednesday, at least seven people died across Myanmar. In the crackdown by the military junta, around 30 have been killed since the ouster of Aung San Suu Kyi. The violence, along with the clips on TikTok shows how brazenly the military is killing Myanmar's fragile democracy.