One year since the coup, US, Britain, Canada impose fresh sanctions on Myanmar officials 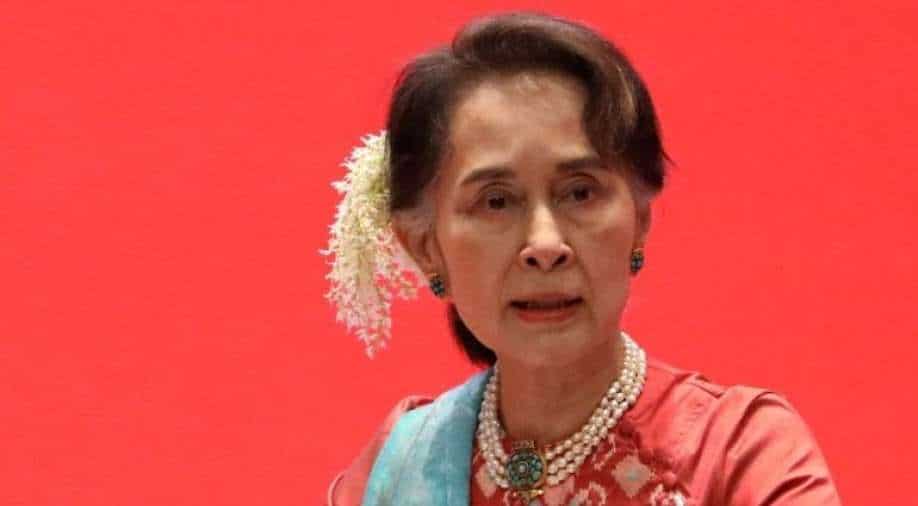 Marking one year since the military seized power and the country descended into chaos, on Monday a new set of sanctions was imposed by the United States, Britain, and Canada against additional officials in Myanmar.

The three nations, which have already imposed sanctions on commander-in-chief Min Aung Hlaing and other members of the junta, jointly targeted judicial officials involved in the prosecution of ousted Nobel laureate Aung San Suu Kyi.

In addition, Washington has sanctioned a directorate that purchases weapons for the junta from overseas. It also has sanctioned an alleged arms dealer Tay Za, and his two adult sons; and a company KT Services & Logistics Company Ltd and its Chief Executive Jonathan Myo Kyaw Thaung that it believes provides financial support to the junta.

Since the Feb. 1, 2021, coup, Suu Kyi and members of her National League for Democracy (NLD) party have been detained by the military. Military officials claimed fraud in the NLD's landslide victory in the November 2020 election. However, Monitoring groups said the vote reflected the wishes of the country's residents.

US Secretary of State Antony Blinken said the coordinated action shows the international community's support for Myanmar and will "further promote accountability for the coup and the violence perpetrated by the military," citing the deaths of nearly 1,500 people and the detention of 10,000 by a military attempting to consolidate control.

As part of its investigations into atrocities committed over the past year, UN investigators said on Monday that they are preparing files that could facilitate prosecutions.

"Those who are considering committing crimes should be aware that serious international crimes have no statute of limitations," Nicholas Koumjian, head of the Geneva-based Independent Investigative Mechanism for Myanmar, said in a statement.

US Treasury said that seven individuals and two entities have been added to its sanctions list. Among them is the junta's attorney general, Thida Oo, whose office it alleged crafted politically motivated charges against Suu Kyi.

The Treasury also named the Myanmar Supreme Court's chief justice and the chairman of the Anti-Corruption Commission, who it said were also involved in prosecuting Suu Kyi and NLD leaders.

In general, Americans are barred from doing business with those blacklisted by the action, their US assets are frozen.

"As long as the regime continues to deny the people of Burma their democratic voice, we will continue to impose further costs on the military and its supporters," US President Joe Biden said in a statement on Monday condemning Myanmar's military rulers.