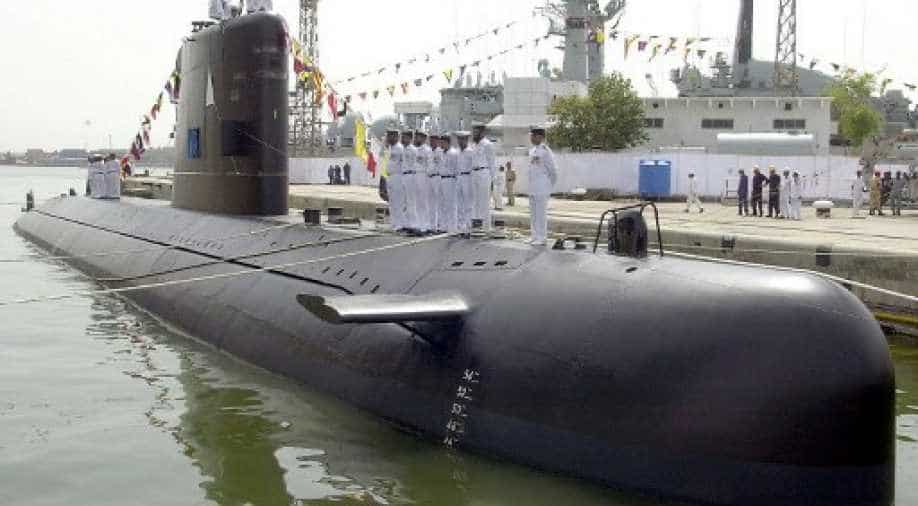 The parking of this submarine along with Chinese vessels cannot be coincidental.

In December, the Indian Navy chief had raised an alarm about China's growing naval presence.

On January 13,  this year, the very next month, China launched a major naval drill with Pakistan in the Arabian sea. They called their exercise 'sea guardians' and flaunted their warships and frigates.

The manoeuvring may have stopped but the naval buildup has not. China and Pakistan have been steadily building up their presence in India's backyard. Chinese warships are still stationed on the ports of Karachi.

Satellite images have been released by planet-scope and the data has been compiled by Forbes journalist Hi Sutton who claims to have spotted a Pakistan submarine parked among Chinese warships.

The the Agosta-90b class submarine, locally known as the Hashmat class.

It is said to be the most potent and modern submarine in Pakistan's naval arsenal. It has a French-designed propulsion system and is equipped with modern combat systems and is also reported to be the launch platform for Pakistan's indigenous Babur-3 cruise missile.

The parking of the submarine along with Chinese vessels cannot be coincidental. In all likelihood Pakistan is sharing the inner workings of one its most potential weapons platforms with China as the two sides strengthen their defence engagements on the high seas.

Differences are arising hundreds of miles away on land. There's growing discord in the China-Pakistan Economic Corridor(CPEC).

Beijing is becoming increasingly frustrated with the lack of security for Chinese workers. The disputes over design and execution of CPEC projects have also been rising with physical altercations been reported between Chinese labourers and Pak soldiers.

There's massive corruption by entities from both countries and increasing violence by Baloch rebels who are threatening to derail the entire project. China's footprint in Pakistan may be increasing but so are the differences between Islamabad and Beijing.