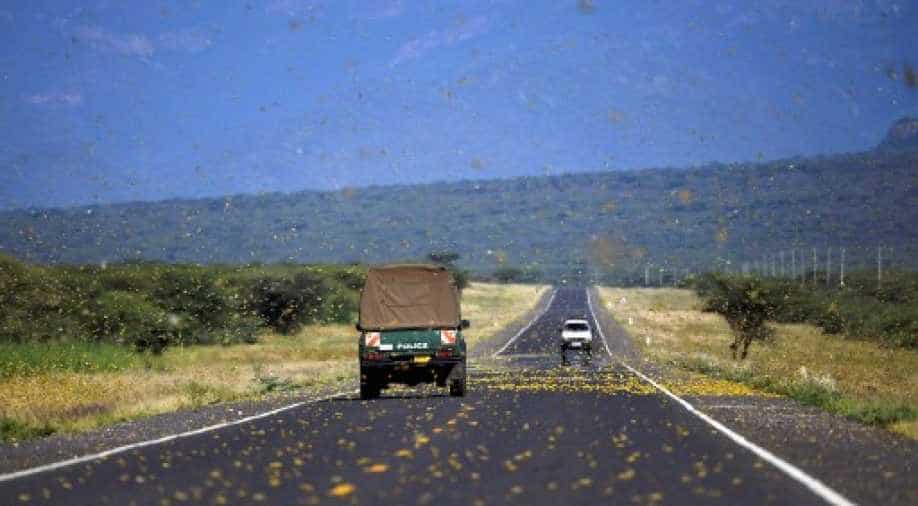 Pakistan, in fact, has also considered India as an option to import insecticides despite frayed bilateral relations

After reports emerged of threat of large scale locust attack in Pakistan, a Pakistan daily reported that authorities could rope in China for "ariel support".

Pakistan, in fact, has also considered India as an option to import insecticides despite frayed bilateral relations. The country has declared an emergency over the locust attack.

The locusts which are believed to have arrived from Iran typically attack maze, cotton, wheat and other crops.

Africa has faced the brunt of locust attack with Kenya, Ethiopia and Somalia being badly hit. Uganda is planning to deploy 2,000 soldiers and send supply equipment to tackle the invasion by desert locusts. The country used motorised sprayers, drone and manual sprayers to fight the locust attack.

The United Nations had earlier suggested spray pesticides as the only effective way to combat the worst locusts outbreak in 70 years in Kenya. The UN had said at least $76 million was needed to fight locust attack in east Africa. Parts of Sudan, Djibouti and Eritrea have been aversely affected the swarms of locusts.

By June, the locust population is set to grow 500 times spreading to West Asia.

Pakistan's food security minister had said recently that the locusts were currently around the Pakistan-India border with June-July being the months when the inserts are set to invade Pakistan's fields which the country has been preparing in advance.