No-trust vote against Imran Khan: Here's all you need to know about the procedure 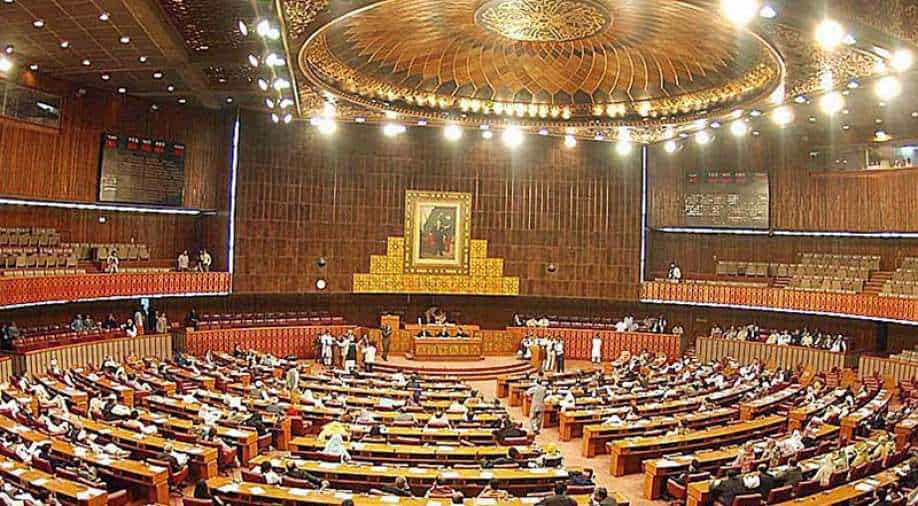 Ahead of the vote that Khan is widely expected to lose, the former cricket star vowed to "struggle" against any move to replace him, the latest twist in a crisis that has threatened political and economic stability in the South Asian nation of 220 million people.

Today, Pakistan's Parliament will vote on a major no-confidence resolution against defiant Prime Minister Imran Khan, who might become the country's first prime minister to be ousted in a no-confidence motion.

The National Assembly's session for voting on the no-confidence vote against Khan will begin at 10:30 a.m.(local time), in accordance with a landmark Supreme Court judgement .

To depose Prime Minister Khan, the opposition parties will require 172 votes out of 342 in the National Assembly. 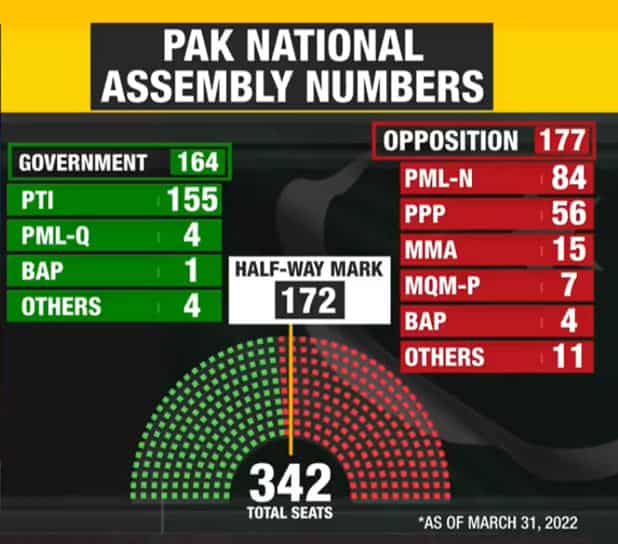 Opinion | 'Im the dim': How Pakistan PM Imran Khan turned out to be a terrible caricature of the champion cricketer

Let's take a look at how a no-trust vote works:

First step: The speaker of the Pakistan National Assembly orders that the bells be rung for five minutes before voting commences in order to allow members who are not present in the chamber to participate. Then, until the vote is over, entry and exit will be closed.

Second step: The speaker reads the resolution to the members of the assembly and asks them to vote for or against it.

Third step: When the speaker notices that all members who wished to vote have cast their ballots, he will declare the voting to be completed.

Fourth step: The secretary is responsible for collecting the division list, counting the recorded votes, and reporting the results to the speaker.

Fifth step: The speaker will then order the bells to ring for two minutes, allowing the members to return to the chamber.

Sixth step: The result will be announced to the audience as soon as the bells stop ringing.

When the Prime Minister of the Pakistan is chosen?

The speaker shall notify the president in writing of the prime minister's election, and the secretary shall issue a notification to be published in the gazette.

Is the Prime Minister going to be dismissed right away?

In a word, yes.According to Article 94 of the Pakistani Constitution, the president has the authority to ask the prime minister to stay in office until his replacement takes over.

Watch | Gravitas: What will be Imran Khan's next step?