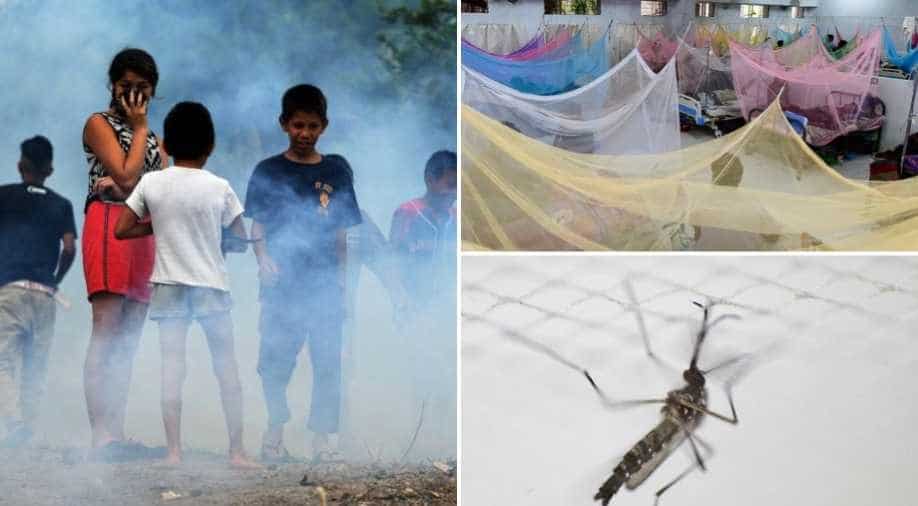 After facing intense criticism and demand from the MPs of opposition parties, Yadav, who is also a Minister for Health and Population claimed that the government was capable of controlling the epidemic.

Nepalese Deputy Prime Minister Upendra Yadav has claimed that there is no such condition to declare "Health Emergency" in the country following the dengue outbreak.

After facing intense criticism and demand from the MPs of opposition parties, Yadav, who is also a Minister for Health and Population claimed that the government was capable of controlling the epidemic.

He, therefore, refrained from demands of declaring an emergency.

"In our country, this disease also emerged to be complex like that of other nations but is seen with very minimal effect and for having a very low mortality rate.

The situation of emergency would not be viable for Nepal and would like to acknowledge it to everyone present here," Yadav said in his address to the Parliament on Wednesday.

Referring to the latest outbreak of dengue in Bangladesh, Philippines and other Asian nations, Yadav claimed that it has been contained through the active involvement of all three tiers of government.

As per Health Minister, the total number of infected people in the Himalayan nation now stands at 5,095 with six mortalities recorded.

The disease has already gripped 56 districts of the nation.

The government has been able to dispense the dengue tests kits to only 11 affected districts with special sanitation campaign underway in Dharan, Ithari, Biratnagar and Pokhara districts only.

Several MPs from the opposition and the ruling party had questioned Health Minister on government being silent over declaring the disease as "Health Emergency", even though it was taking the form of epidemic worrying the public.

During a meeting, lawmaker Devendra Raj Kandel questioned the minister about not declaring the state of emergency when the disease had already spread to 56 districts.