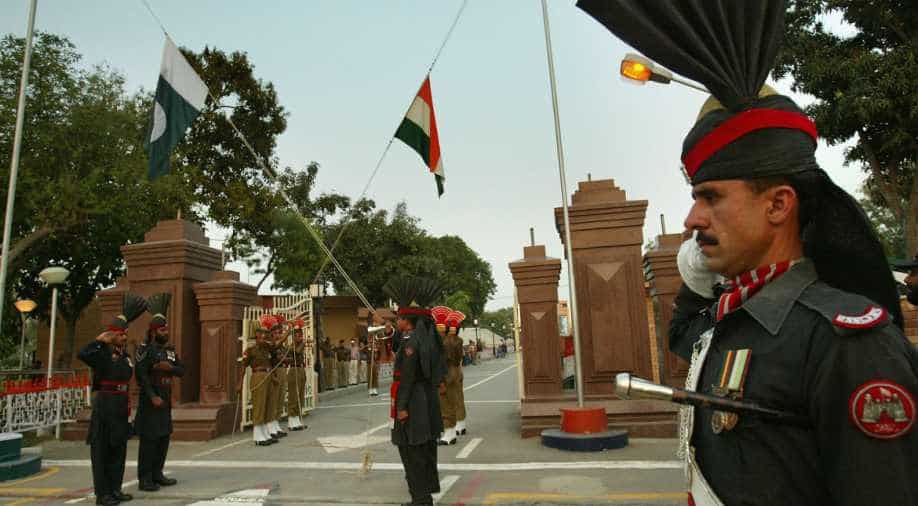 On Thursday, Indian external affairs ministry had ruled out the possibility of holding bilateral talks with Pakistan on the sidelines of the Heart of Asia conference in Amritsar. Photograph:( Getty )

In the first address after his appointment, Pakistan army chief General Qamar Javed Bajwa today raked up the Kashmir issue, saying "the issue will have to be resolved in line with the United Nations resolutions keeping in view the aspirations of the Kashmiri people in order to achieve lasting regional peace."

The newly-appointed army chief was briefed on the security situation along the border "in view of the recent violations and escalation by Indian troops and Pakistan's own response", the army's media wing Inter-Services Public Relations (ISPR) said in a statement.

Bajwa asked the soldiers to respond with "full force" to any ceasefire violations along the Line of Control.

During a visit to the 10 Corps Rawalpindi he said, "Each violation of any kind must be responded to with full force in the most effective manner." He urged troops to keep the highest level of vigil at all times.

His statement comes at a time when the relations between Pakistan and India are highly strained, following India's surgical strikes on terror launchpads in the Pakistan-administered Kashmir.

On Thursday, Indian external affairs ministry had ruled out the possibility of holding bilateral talks with Pakistan on the sidelines of the Heart of Asia conference in Amritsar.

India deplored "the atmosphere of continued terror" and said it will "never accept cross-border terrorism as the new normal ties" between the two South Asian neighbours.