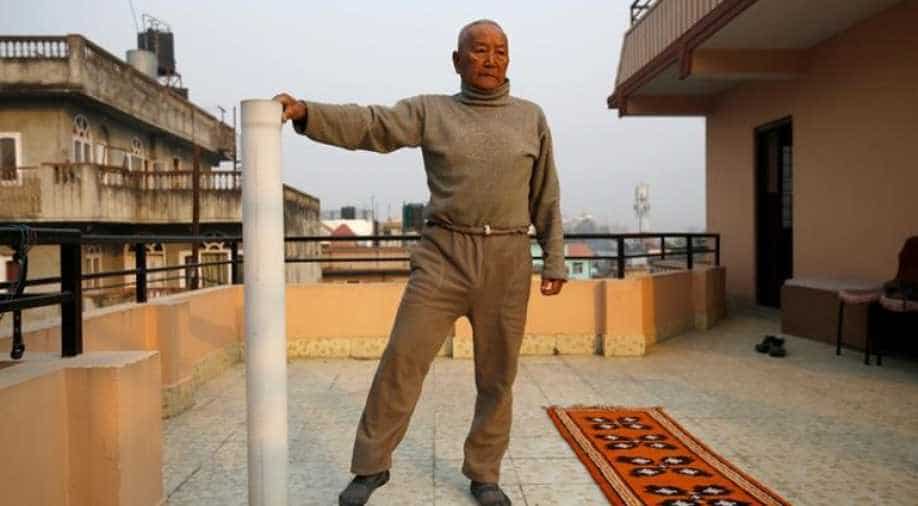 Min Bahadur Sherchan was on way to the 8,850-metre (29,035 feet) Everest Summit to claim the oldest climber?s record. Photograph:( Reuters )

An 85-year-old Nepali man attempting to become the oldest to climb Mount Everest died at the base camp on Saturday, a hiking official said, the second climber to die in a week while preparing to climb the world's highest mountain.

Min Bahadur Sherchan was on way to the 8,850-metre (29,035 feet) Everest Summit to claim the oldest climber’s record now held by 80-year-old Yuichiro Miura of Japan who climbed in 2013.

Department of Tourism official Dinesh Bhattarai confirmed the death but could not give details, citing poor communication with the base camp.

Nepal does not allow climbers below 16 to go to Everest but has fixed no upper age limit.

Famed Swiss climber Ueli Steck, died in a fall in the Everest region early this week.

Nepal has cleared 371 mountaineers to climb Mount Everest during the current season ending this month.