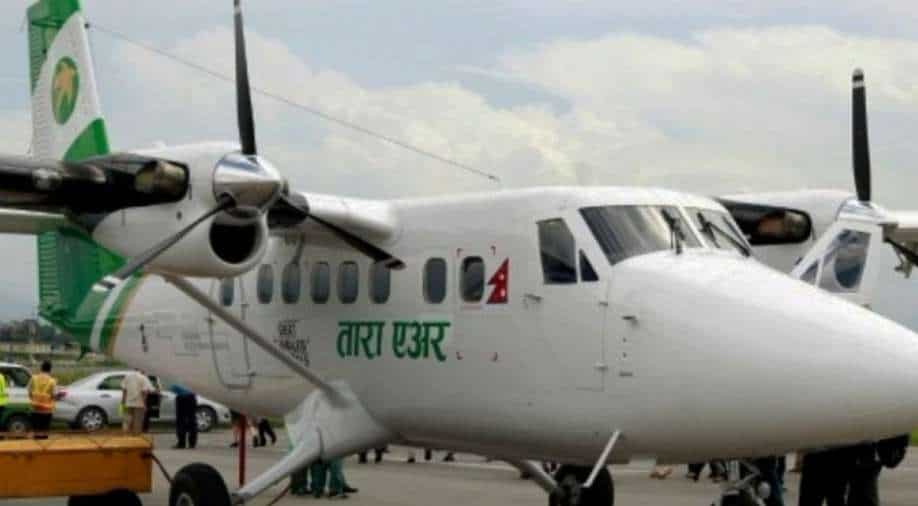 The inset image shows the flight tracker of a Nepal plane that disappeared with 22 people on board, including the crew. Photograph:( Reuters )

The aircraft was flying from Pokhara to Jomsom at 9:55am (local time)

Local media in Nepal reported that the missing aircraft was hosting four Indians and three Japanese nationals. The remaining were Nepali citizens. The aircraft had 22 people including the crew.

"The aircraft was seen over the sky of Jomsom in Mustang district and then had diverted to Mt. Dhaulagiri after which it hadn't come into contact," Chief District Officer Netra Prasad Sharma told India-based news agency ANI.

Narayan Silwal, a spokesperson for Nepali Army, said as quoted by ANI, "A Nepali Army Mi-17 helicopter has recently left for Lete, Mustang, which is the suspected crashed region of the missing Tara Air aircraft (with 22 onboard)."

Also, Phanindra Mani Pokharel, who is the spokesman at the Ministry of Home Affairs, said that two helicopters have been deployed for a search and rescue operation.

However, he further noted that the visibility was low. "The bad weather is likely to hamper the search operation. The visibility is so poor that nothing can be seen," Pokharel told AFP.

Jomsom is a popular trekking destination in the Himalayas about 20 minutes by plane from Pokhara, which lies west of Kathmandu.