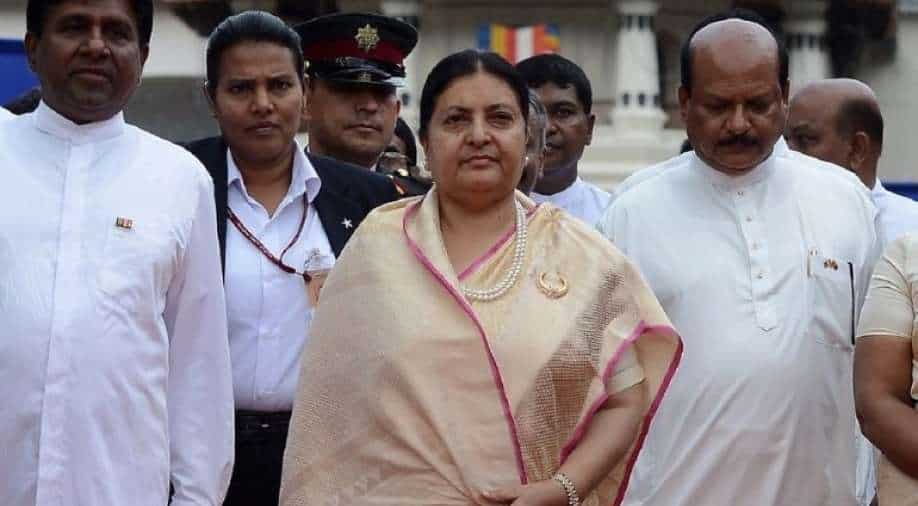 At the recommendation of Prime Minister KP Sharma Oli, President Bidya Devi Bhandari has called lawmakers to form a new government in less than 24 hours.

President Bhandari has given the members of House of Representatives till 5:00 pm on Friday to claim a majority.

Prime Minister Oli in a press conference today defended the President and his recommendation to call for an alternative government.

He criticised the opposition for not allowing the government to function. Oli said, he is in a favor of forming a consensus government democratically.

“A faction within the CPN-UML is tearing apart the system and values,” PM said referring to the Nepal-Khanal faction.

Oli was sworn in as the Prime Minister for being the leader of the largest party in the Parliament on May 14 in accordance with the Article 76 (3).

Article 76 (4) of the constitution stipulates that the Prime Minister must take a vote of confidence within 30 days of being appointed.

However, Oli has decided to pave the way for the formation of a new government, arguing that there has been no change in the current political landscape.

The main opposition Nepali Congress (NC) has called for the formation of a new government accusing the president and prime minister of ‘violating the rules and procedures’ and said they would discuss all options with parties.

Leaders of various parties have reacted on social media on the President’s move.

THREE MAJOR EVENTS ON MAY 20 TURNED THE NEPAL POLITICS

First, the Supreme Court issued an interim stating that the appointment of seven former CPN-Maoist Centre leaders, who no longer are members of parliament, as ministers is unconstitutional.

Third, President Bidya Devi Bhandari called on Members of Parliament to file a vote of confidence motion in House of Representatives in accordance with Article 76 (5) of the Constitution of Nepal.