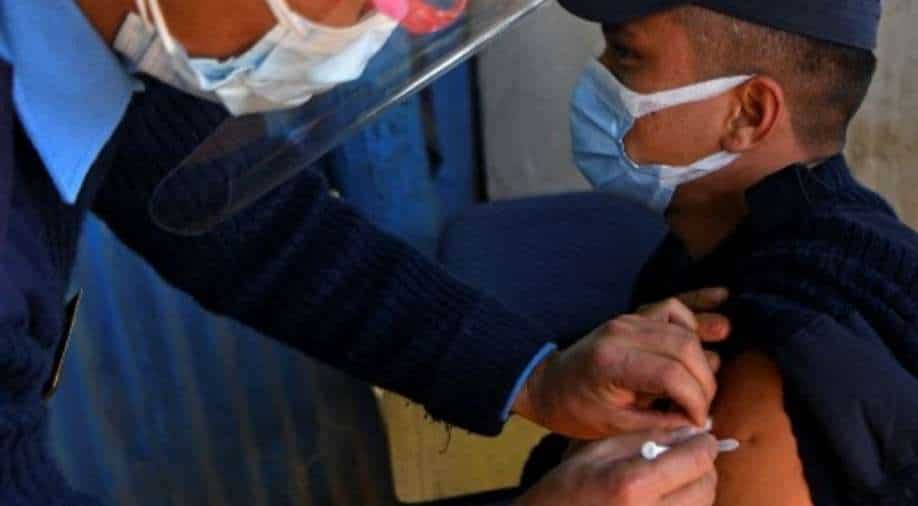 A police health worker inoculates a woman with the booster dose of Vero Cell vaccine against the Covid-19 coronavirus at a police hospital in Kathmandu on January 17, 2022. Photograph:( AFP )

Nepal Government has opened up COVID-19 vaccine booster dose to frontline workers as infection surge in the country.

The Ministry of Health and Population said to qualify, it must be at least six months since the person's second dose.

The booster shots will be restricted to frontline workers for one week after which they'll be offered to people 60 and older.

The same vaccines that had been administered in the prior phases will be provided to the receivers. In the frontline it includes, doctors, nurses, paramedics, hospital staff, journalists, bureaucrats.

COVID-19 infections are increasing in Nepal, with 3,648 new infections reported on average each day. That’s 41 per cent of the peak — the highest daily average reported on May 12.

Anticipating a new wave of infections, Nepal has banned large public gatherings and closed schools across the Himalayan nation for nearly three weeks after a spike in coronavirus cases.

Earlier, Nepal also banned on gatherings of more than 25 people in public spaces and announced the closing down of schools till January 29.

The Ministry of Health has intensified its COVID-19 vaccination campaign in the three districts of the Valley amid the recent rise in coronavirus cases.