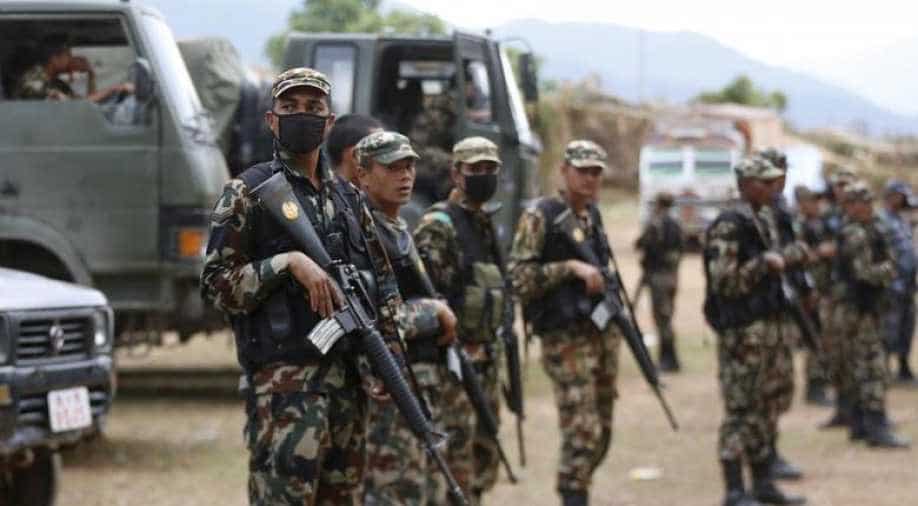 The district magistrate has informed the Geological Survey of India of the entire situation and has urged them to resolve the dispute at the earliest so that the pending embankment work can be completed soon.

Nepal has stopped the Bihar government from carrying out embankment-related work on the border and has laid the claim over the land as part of its territory.

It comes days after Nepal's National Assembly unanimously passed the Constitution Amendment Bill. The bill will update Nepal's political and administrative map incorporating three Indian territories laying claim over the strategically key areas of Lipulekh, Kalapani and Limpiyadhura along the border with India.

Bihar shares a 729 km long international border with Nepal. Indian officials from the Water Resources Department (WRD) were taken by surprise when Nepalese authorities prevented them to fortify an embankment on Lal Bakey River in the Dhaka block of East Champaran district in Bihar.

According to the authorities, Water Resource Department under the Bihar government had constructed the embankment long back over the river. The river originates from a Himalayan region situated in Nepal and they fortify the bank ahead of the monsoon but were never faced such objection from the Nepalese government.

Reports suggest the authorities tried to sort the issue on a local level but it was not successful, so the Bihar officials have now reported the matter to the federal Home Ministry, Government of Bihar and the Indian Embassy in Nepal.

“Nepal has stopped embankment-related work in Indian territory near the border. We have reported the matter to both, the Bihar government as well as the Union Government. We hope to resolve the issue soon,” east Champaran district magistrate Shirshat Kapil Ashok told the media.

The district magistrate has informed the Geological Survey of India of the entire situation and has urged them to resolve the dispute at the earliest so that the pending embankment work can be completed soon.

“Fortification of embankment in 400 metres, out of a 2.5km-long stretch, was not done. The WRD department has built the embankment till the last point of the border, but now Nepalese authorities are raising objections over it,” the district magistrate told the media on Saturday. He has also held a conversation with Nepalese counterpart but there has been no breakthrough.