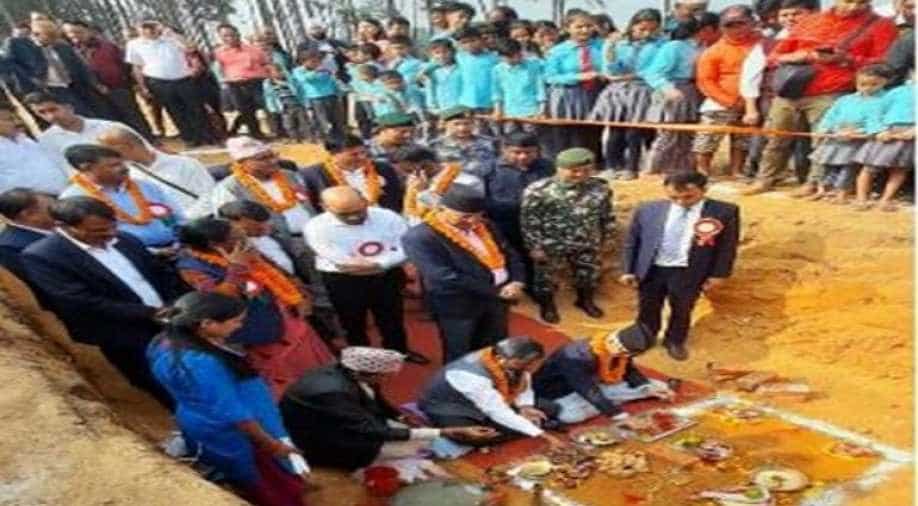 The Polytechnic is being built with an Indian government grant of Rs 38.53 crore under the India-Nepal development partnership.

The ground-breaking ceremony commencing the construction of Nepal-Bharat Maitri Polytechnic was performed at the Nepal city of Hetauda on Tuesday, the Indian embassy in Kathmandu said.

The Polytechnic is being built with an Indian government grant of Rs 38.53 crore under the India-Nepal development partnership.

The state-of-the-art infrastructure project is projected to be completed within two years, the embassy said in a statement.

The ground-breaking ceremony was performed by Chief Minister of Province no. 3 Dormani Paudel in the presence of Indian Charge d' Affaires Ajar Kumar. Yubraj Dulal, Minister for Social Development, Province-3; Kailash Dungel, Minister of Financial Affairs of Province-3, Pushpa Raman Wagle, Member-Secretary of Council for Technical Education and Vocational Training (CTEVT) and over 600 residents and students from Hetauda also took part in the ceremony.

The polytechnic is being built over 32 acres land and will have a total built-up area of 19,200 square meters.

The facility will include an administrative block, academic block, auditorium, library, workshop, multipurpose hall, separate hostels for boys and girls, principal and staff residences and amenities for sports and communities.

The release stated that the ceremony for the construction of the project is yet another testimony of friendly relations between India and Nepal, and reflects New Delhi's commitment to work with Kathmandu to complement efforts of Government of Nepal in strengthening infrastructure in the vocational and skill development sector in the country.