Nepal bars its citizens from working in Afghanistan 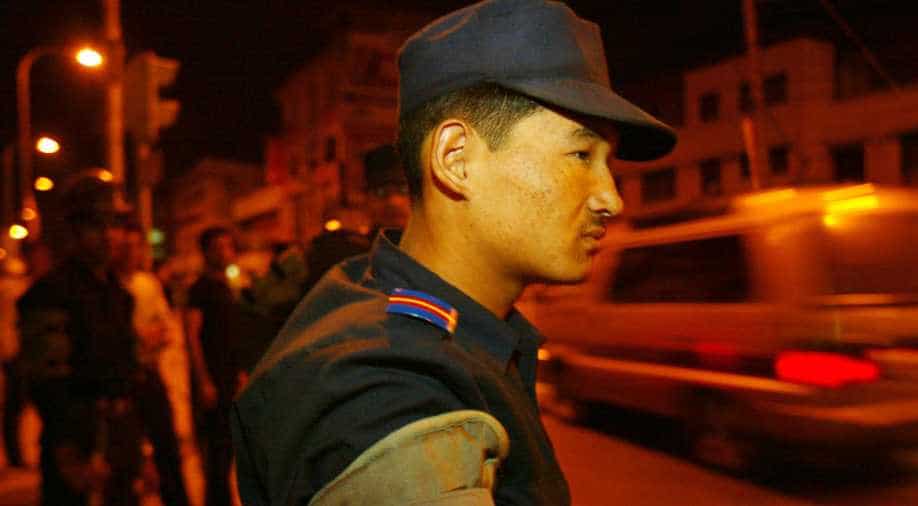 The ban follows the killing of 14 Nepalese security guards in a suicide bomb attack in Kabul on Monday. The men were on their way to work at the Canadian embassy. Photograph:( Getty )

Follow Us
Nepal has barred its citizens from working in Afghanistan after a suicide bomb attack killed 14 Nepalese guards in Kabul this week, an official said today.

The government said the safety of Nepalese working in danger zones was its "major concern" and it will look to repatriate the thousands of citizens already working in Afghanistan, although it gave no time frame.

"The government... has decided to impose a ban on sending workers to Afghanistan," said Govinda Mani Bhurtel, spokesman for the ministry of labour and employment.

The latest victims were among 14 security guards who were killed on Monday in a Taliban suicide blast targeting their bus as they headed to work at the Canadian embassy in Kabul. A 15th man died in hospital on Wednesday.

Official figures show 3,300 Nepalis are currently working in Afghanistan as security guards, but that does not include those who travel via Gulf countries and the true figure is thought to be higher.

Nepal already bans its citizens from travelling to Syria, Iraq and Libya for work.

But labour rights advocates said such bans did little to prevent Nepalis desperate for work from travelling to such countries.

"The government decision to impose a ban on labour destinations is not a long-term solution," said Bishnu Lamsal, general secretary of General Federation of Nepalese Trade Unions (GEFONT).

"The government should come up with proactive measures to control the number of illegal migrant workers going there... (otherwise) the risk will remain high," Lamsal told AFP.

Impoverished Nepal has long served as a supplier of security forces to the world.

A number of them are former soldiers from the Gurkha brigades of the Indian and British armies while others are retired Nepal army or police personnel.

Four Nepali guards were killed in a 2011 attack on a UN compound in the northern Afghan city of Mazar-i-Sharif in 2011.