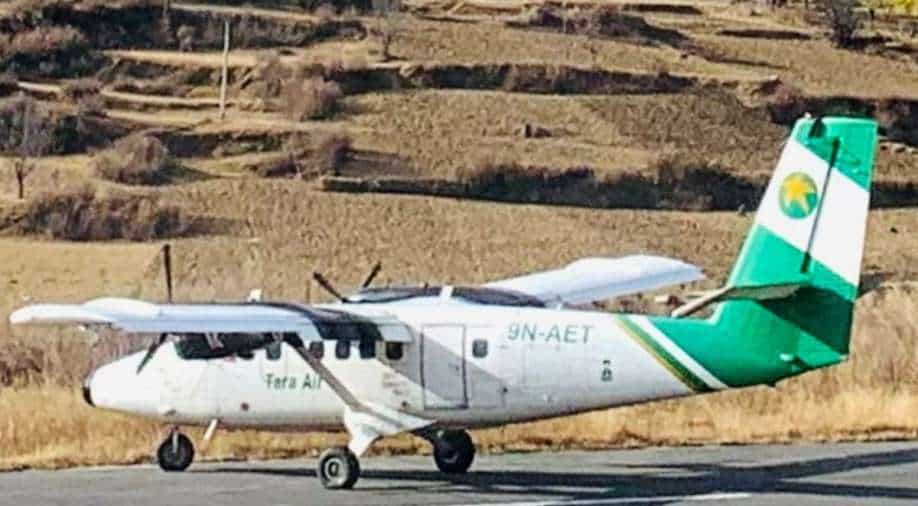 Nepal Army on Sunday launched a search operation for a Tara Air plane carrying 22 passengers, including three crew members and four Indians, from Nepal's Pokhara to Jomsom in Mustang district adjoining Tibet that went missing earlier in the day.

"A Nepali Army Mi-17 helicopter has been deployed at Lete, Mustang, which is the suspected crashed region of the missing Tara Air aircraft. In addition, ground troops have also been deployed for the search operations," a spokesperson of the Nepali Army Narayan Silwal told WION.

As per the Civil Aviation Authority, the flight from Pokhara left at 9:55 AM for Jomsom with 19 passengers and 3 crew members on board. The aircraft lost contact with Jomsom tower at 10:07 AM after reporting Ghorepani.

"Following which rescue helicopters from the Nepali Army and Fish Tail Air were deployed but returned back to Jomsom because of bad visibility in the mountains," Aviation Authority said in a statement.

Besides, the aircraft was carrying, 13 Nepalis and 2 Germans.

"The airport authorities tried connecting with the pilot’s phone and is ringing and based on this they are trying to locate the plane. However, it is uncertain if we will get the accuracy of the location," the Information officer of Pokhara Airport, Deva Raj Subedi told WION.

The search operation by the Nepali Army and Nepal Police is underway.

The Indian Embassy in Kathmandu said that the search and rescue operations were underway and that it is in touch with the families of Indian passengers on board. An emergency hotline number (+977-9851107021) was provided by the embassy for more information on the incident.

According to Nepal’s standards of air safety, the Pokhara-Jomsom route is regarded as being one of the most accident-prone even in good weather.

Jomsom lies on the arid north side of the Himalayas and has operations only in the mornings because of high winds and cloud build-up during the course of the day. The Jomsom airport is the gateway for tourists visiting Nepal’s Mustang District, and also for Hindu and Buddhist pilgrims going to the sacred shrine at Muktinath.