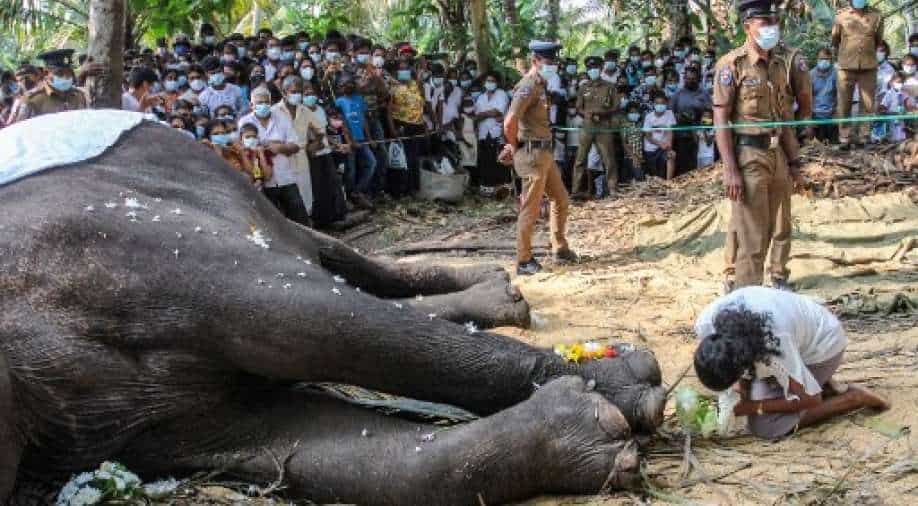 Sri Lanka lost its most sacred elephant at the age of 68, triggering an outpouring of grief and a presidential order for his remains to be preserved and stuffed “for future generations”.

On Monday, thousands of mourners gathered on the outskirts of Colombo to pay their last respects to Nadungamuwa Vijaya Raja, popularly known as Raja—considered to be the largest tamed elephant in Asia.

According to The Guardian, the sacred tusker was handed over to taxidermists later on Monday for stuffing after Buddhist funeral rites were performed.

Raja, born in the southern Indian city of Mysore in 1953, was one of two elephant calves gifted by the Mysore king to a Sri Lankan physician monk to thank him for curing one of king’s relatives of an illness.

As a young calf, he had been “chosen” among the elite elephants to carry the sacred Buddhist relics during an annual parade in Sri Lanka.

For over a decade, Raja’s carried the casket containing the holy tooth relic of Lord Buddha during the annual procession of Esala, an important religious pageant for the country’s Buddhist majority which takes place in July during the full moon in Kandy city.

Though not in consideration right now, choosing a successor to Nadungamuwa Raja is expected to be a lengthy process.

According to the tradition, only certain elephants with very specific physical traits can be selected for this holy role. The chosen elephant has to be from a particular caste with special physical characteristics to qualify.

President Gotabaya Rajapksa declared Raja to be a “national treasure” and said that after the Buddhist last rites had been performed on the elephant, his cadaver would be handed over to taxidermists who would stuff it for posterity. He will be given full state honours for his funeral.