Everyone has right to defence: Myanmar's lawyer to critics on genocide case 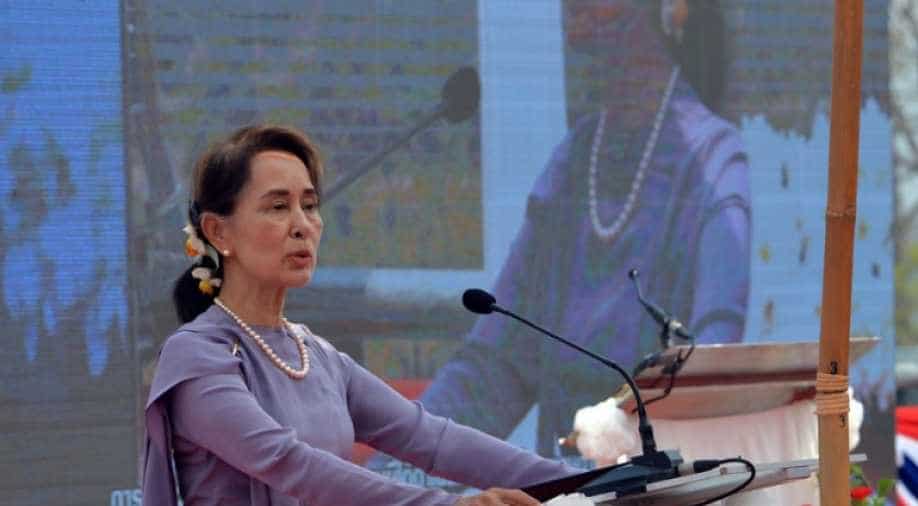 Schabas helped research a report in 2010 on systematic attacks against the Rohingya, which concluded that they met the international threshold of crimes against humanity.

Canadian lawyer William Schabas, an international scholar on genocide, has been criticised by friend and foe for first researching crimes against the Muslim Rohingya of Myanmar, and now defending the state accused of perpetrating them.

Schabas helped research a report in 2010 on systematic attacks against the Rohingya, which concluded that they met the international threshold of crimes against humanity.

Three years later, in an Al Jazeera documentary, he was filmed saying: "Denying their history, denying the legitimacy of their right to live where they live, these are all warning signs that mean that it's not frivolous to envisage the use of the word genocide."

This week Schabas stood alongside Myanmar leader Aung San Suu Kyi at the International Court of Justice in The Hague and denied genocide took place during a military campaign in 2017 in which thousands were killed and raped and hundreds of thousands displaced.

"William Schabas is basically selling out the Rohingya for some Myanmar gov't $$$. Really the worst sort of behaviour, how totally immoral and two-faced," Phil Robertson, Deputy Asia Director at Human Rights Watch said on Twitter on Thursday.

In an interview with Reuters, Schabas rejected the criticism.

"Both sides have a right to have competent representation. If people don't understand that, that's not my problem," he said.

Stephen Rapp, a former United States war crimes ambassador who works at the Holocaust museum, was among colleagues who criticised Schabas.

"We have heard this morning from my friend Bill Schabas, I was just with him 10 days ago. I prosecuted genocide, we obtained convictions for this crime. He is wrong about the law: this was a genocide," Rapp told journalists and NGOs in The Hague on Wednesday evening.

In court the following day, Schabas tried to clarify his 2013 remarks in the Al Jazeera documentary "The Hidden Genocide".

Schabas said he was responding to a hypothetical, not the real situation in Myanmar.

"The journalist persistently tried to get me to apply the word genocide ... And I just as persistently refused, cause I've never said that genocide was taking place in Myanmar."

In the Reuters interview, Schabas also countered criticism of his views about the events in Srebrenica, Bosnia, when around 8,000 Muslim men and boys were massacred by Bosnian Serb forces in July 1995.

"He, frankly, doesn't think Srebrenica was (genocide) and that was found by the courts (to be genocide)," said Rapp. "The position he takes on genocide is in my view entirely too restrictive".

Schabas said he has accepted that Srebrenica was genocide.

"I am not arguing with anybody about whether genocide took place in Srebrenica. That has been decided. That train has left the station and the fact that I had an opinion about it before the decisions were reached seems to me to be quite normal and understandable," he said.

His distinct interpretation of the crime of genocide has led some people to call him a genocide denialist, a criticism he rebuffed.

"If you discuss genocide and you suggest that this probably doesn't fit the definition of international law, very quickly some people say you are denying, they say you're denying genocide, as if you're, you know, a Nazi sympathizer whose claiming that Auschwitz didn't exist, which most of the time is not the case.

"Your old debate about Srebrenica was not whether it happened or not, it's not about that. It's about whether the legal qualification should be crimes against humanity rather than genocide," Schabas said.

Defending a party accused of genocide is never going to be a popular job, said Sareta Ashraph, an international lawyer who believes genocide in Myanmar is ongoing.

"For him a genocide has to involve a substantial number of dead, he relies on body count," she said. "I think he's actually the perfect person for that case, although I disagree with his arguments. It's not an absurd argument, it's just very, very conservative on genocidal intent".

"What he is saying is that what is being described (in Myanmar) is crimes against humanity, not genocide," Ashraph said.

In 2015, Schabas was forced to resign as the head of the United Nations Commission of Inquiry on the Gaza Conflict after a complaint from Israel about his prior work for the Palestine Liberation Organisation.

UN Watch director Hillel Neuer said he told Schabas at the time that he "had breached his duty of impartiality as head of the UN Human Rights Council inquiry" because he had made prejudicial statements "including his call to indict Israel’s prime minister as his 'favourite' defendant ..."

Genocide, Schabas said, is a subject of great sensitivity to people "and the debates can be not only quite robust, but people get angry very quickly."

He said his decision to stand in Myanmar's corner was not emotional, but professional. "I am hired as a lawyer, they're my client."