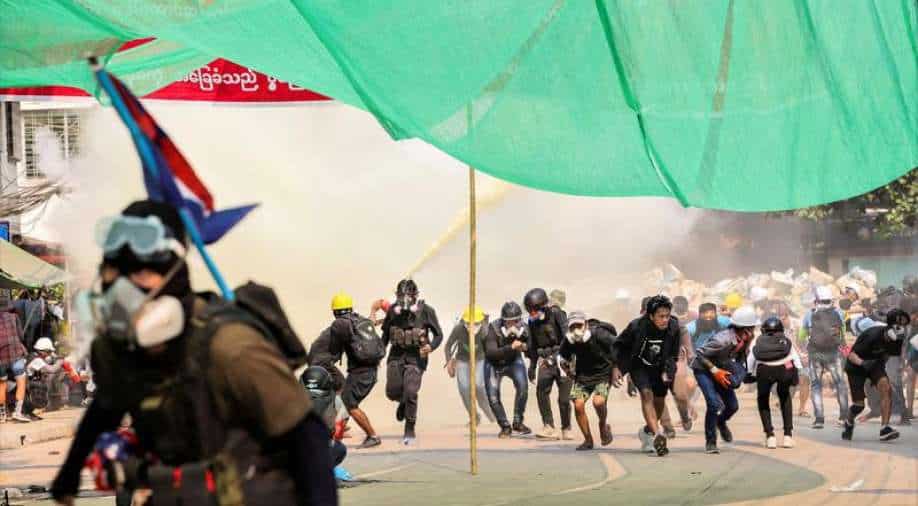 The group also said it was committed to repatriating all Rohingya languishing in camps in Bangladesh "as soon as repatriation can be accomplished voluntarily, safely and with dignity."

A shadow government in Myanmar called on Rohingya minority on Thursday and urged them to join the fight to overthrow the military junta. It has promised citizenship and repatriation for the persecuted Muslim community in a future democratic Myanmar. Myanmar is currently in turmoil due to military rule.

The military junta overthrew the civilian government run by Aung San Suu Kyi on February 1. The country has since been on the boil with pro-democracy protests and clashes with military.

A group of ousted lawmakers -- mostly from the National League for Democracy (NLD) -- later set up a shadow "National Unity Government" (NUG) which has sought to bring anti-coup dissidents together.

Military junta has classified the NUG as "terrorists". It means that anyone speaking to them, even journalists, may be slapped with charges under counter-terrorism laws.

"We invite Rohingyas to join hands with us and with others to participate in this Spring Revolution against the military dictatorship," the group said in a statement.

Suu Kyi's NLD government had avoided the term "Rohingya" because of sensitivity among ethnic groups in the majority-Buddhist country, referring to the minority as "Muslims living in Rakhine."

In Myanmar, the Rohingya are widely seen as interlopers from Bangladesh and have been denied citizenship, rights and access to services for decades under what Amnesty International calls apartheid-like conditions.

The NUG has also promised to end a 1982 citizenship law that discriminates against the Rohingya. The NUG has promised that all those born in Myanmar or to a Myanmar citizen would be granted citizenship.

The group also said it was committed to repatriating all Rohingya languishing in camps in Bangladesh "as soon as repatriation can be accomplished voluntarily, safely and with dignity."

IN 2017, more than 740,000 Rohingya fled to Bangladesh after a bloody military campaign that the United Nations has termed as ethnic cleansing.

The military claimed its operations were justified to root out Rohingya insurgents following a series of deadly attacks on police posts and has denied all allegations of wrongdoing.

Suu Kyi defended the army's conduct and even travelled to The Hague to rebut charges of genocide at the UN's top court.