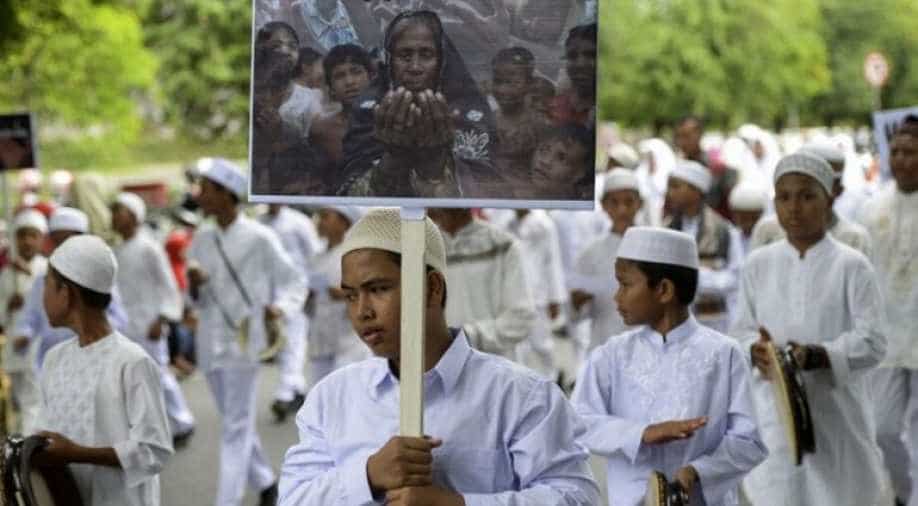 Known as the 'world's most persecuted minority', the plight of hundreds of thousands of Rohingya people is said to be the world's fastest-growing refugee crisis.

Since August 2017, nearly 7,00,000 Rohingyas have fled the destruction of their homes and persecution in the Rakhine province of Myanmar for neighbouring Bangladesh.

Known as the 'world's most persecuted minority', the plight of hundreds of thousands of Rohingya people is said to be the world's fastest-growing refugee crisis.

International pressure seems to be building on Myanmar over its brutal crackdown on the Rohingyas, first at the International Court of Justice, and now from the United States.

The US Treasury Department has imposed sanctions on four senior officers of the Myanmar Army, freezing any American assets that the sanctioned men may possess.

Those sanctioned include the Commander-in-Chief of the Myanmar Army - Min Aung Hlaing who is a potential presidential candidate in 2020, his Deputy - Soe Win, and the leaders of two light infantry divisions.

The Treasury Department accuses the army men of leading a brutal purge against the Rohingyas, accusing them of encouraging mass killings and rapes against the ethnic minority.

There are specific charges against the two subordinate officers.

Than oo, who headed the 99th infantry division has been accused of herding hundreds of men, women and children to a riverbank and then mercilessly executing them in 2017.

Aung headed the 33rd light infantry division and is charged with executing over a 100 people in a single operation in august 2017.

The four men who have been sanctioned were earlier barred from entering the United States but that was the extent of American outrage.

Many experts feel that these sanctions are a bit too late, especially considering the seriousness of the crimes.

It is also important to note these sanctions do not target military-owned companies that dominate Myanmar's economy and had funded the Rohingya genocide in 2017.